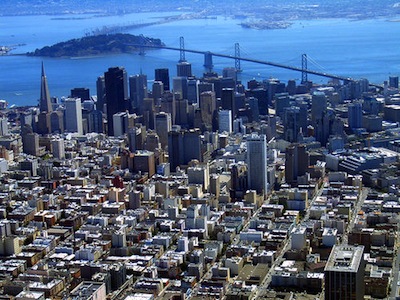 The city’s Board of Supervisors voted 8-3 today in favor of capping the messaging service’s payroll taxes at its current level for the next six years. That means Twitter won’t have to pay taxes on new hires — or on the stock option payoffs that would come if the company went public. (Technically, the tax break applies to any company with a payroll of more than $1 million that moves into San Francisco’s seedy mid-Market neighborhood, but Twitter is the clear beneficiary.)

Although the tax break needs one more vote from the board as well as approval for Mayor Ed Lee, today’s vote seemed like the biggest hurdle. The city’s largest public employee union has campaigned against the deal, arguing that San Francisco shouldn’t be giving tax breaks in the middle of a budget crisis that could lead to the elimination of hundreds of jobs.

A Twitter spokesperson declined to comment on today’s vote, but the company has signed a letter of intent to rent the mid-Market office if the tax break is passed. It previously said that the expenses of staying in San Francisco were impossible to justify, and it was reportedly looking at a property in Brisbane, a city south of San Francisco.

Of course, a move would have had some costs for Twitter too — Bay Area tech companies are battling to hire and hold onto the area’s top talent, and a San Francisco location should appeal to the young programmers that Twitter wants to attract. (There’s a reason Silicon Valley companies like Google have to run shuttles for workers commuting from San Francisco.)

Now other startups are hoping for similar benefits. Social gaming giant Zynga has reportedly lobbied to get itself included in the tax break, and it sounds like some of the city’s supervisors want to revise the payroll tax as well.