Amazon’s Alexa is perhaps best known as the attentive ears and dulcet tones inside the company’s range of products, from the Echo smart speaker to the Fire TV. But courtesy of the Alexa Voice Service (AVS), which launched for developers back in 2015, the voice-activated digital assistant has shown up in a number of third-party devices, too.

With domestic robots striving to emerge from the pages of science fiction and take their place in our daily lives, it’s perhaps no surprise to learn that Alexa is finding its feet, so to speak, in the form of humanoids. At the IFA consumer electronics trade show in Berlin this week, China-based Qihan is debuting the Sanbot Nano, a 2.7-foot tall home assistant robot with Alexa serving as its ears and brain.

Founded out of Shenzhen in 2006, Qihan works on a range of products across robotics, artificial intelligence (AI), data analysis, and other related services. The company already offers the Sanbot Elf, which has seen some traction in retail, hospitality, and other public service positions, and the enterprise-focused Sanbot King Kong (here’s hoping it has passed trademark-related scrutiny…). But with the Nano, Qihan is pushing its Sanbot sub-brand into the smart home with a range of Alexa-enabled integrations, including home stereo systems, thermostats, and connected fans. 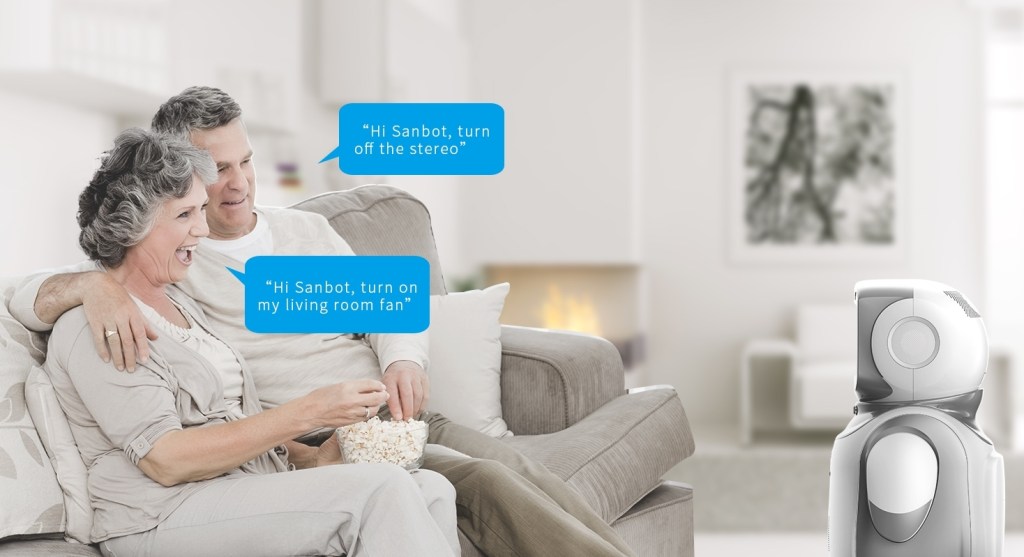 Through the accompanying mobile app, users can see what the Nano is seeing remotely, and they can also monitor all devices they have connected to the Qihan cloud.

The Nano has 50 sensors installed to help it circumvent obstacles in its path and can recognize voices and detect when a person enters the room. Through its connection with Alexa, consumers can order a pizza, ask for their fitness stats, and maybe even turn on the TV or play some music. 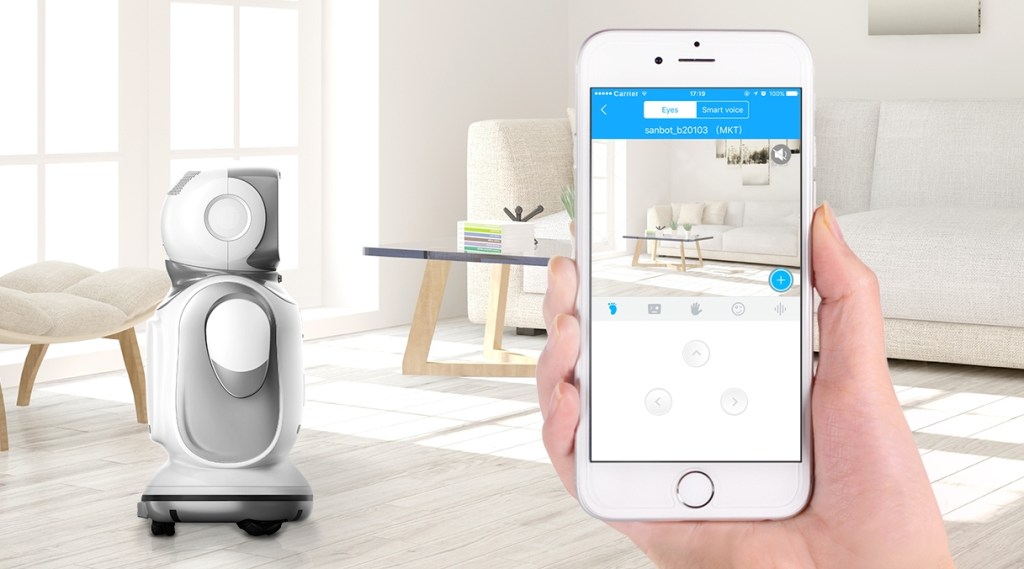 The Nano also has some of the same features offered by previous Sanbot machines, including automatic charging — rather than the owner having to physically plug the robot in to boost its juice, it can find its own way to its charging dock.

“The world is captivated by the emergence of robotic developments and we’re constantly challenging ourselves to make the most amazing robot experiences possible,” explained Qihan CMO Ryan Wu. “With Sanbot Elf’s breakthrough growth in the retail, hospitality, public service, and government industries, we are excited to introduce a robot for the home.”

It’s worth noting that this isn’t the first time someone’s attempted an Alex-powered voice-activated robot. The Omate Yumi was announced last November, but nothing seems to have come of that, with the accompanying Indiegogo funding campaign seemingly pulled. UBTech also unveiled the charming little Alexa-enabled Lynx humanoid at CES this year, with an anticipated launch of spring 2017 — but the $800 robot is still not on the market.

With a number of companies raising big money to make domestic social companion robots a reality, Qihan could be one of the first to introduce one that’s powered by Amazon’s AI voice smarts. The Sanbot Nano only supports English (U.S. and U.K.) and German at present — limitations imposed by Alexa’s linguistic capabilities — and it will be available to purchase from October for $2,800.

In related news, Amazon just announced a tie-up with Microsoft that will bundle the Alexa and Cortana digital assistants together. This should go some way toward boosting the appeal of AI assistants by enabling a wider range of integrations.