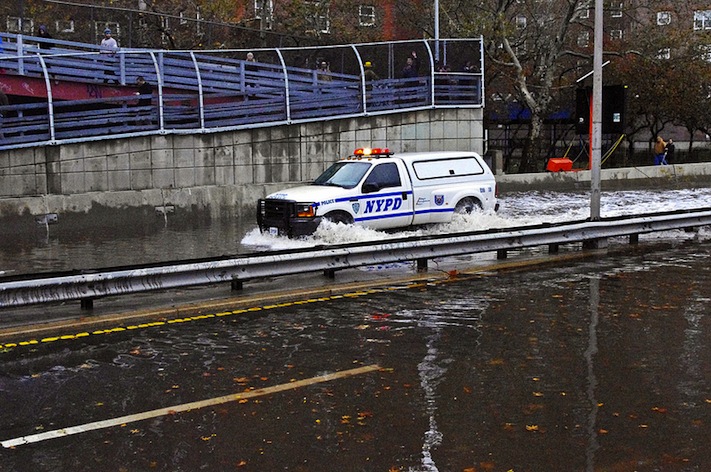 The Red Cross is accepting donations to those affected by Sandy through Apple’s iTunes today. Apple has used its entertainment marketplace as a way to solicit donations since 2010.

Hurricane Sandy hit the North East as a downgraded storm on Monday, flooding homes, tunnels, parking lots, subways, and much more. Many lost power, and wind and falling trees further damaged property. The New York Times says the death toll is as high as 70 people.

The Red Cross needs both money and blood donations to help keep up with the damage. A marketplace such as iTunes helps the Red Cross get a lot more eyeballs on the cause, not to mention you have to give Apple kudos for its easy checkout process. Donating is as simple as downloading a song.

As Apple Insider notes, Apple previously used iTunes to solicit donations when an earthquake destroyed parts of Haiti in 2010, killing thousands. The service also took donations when Japan experienced its deadly earthquake in 2011.

But Apple isn’t the only marketplace helping out. eBay has also set up its own landing page for donating to the storm-relief efforts. There are three ways you can donate here. You can buy a product that has a blue ribbon on it, indicating that a percentage of the proceeds go to Sandy. Those products also show which organization the money is going to. Organizations such as the American Red Cross and Team Rubicon are represented.

Alternatively, you can simply donate through PayPal, or you can sell a product and donate a percentage of your own proceeds to an organization helping those affected by Sandy.

Of course, you can also donate $10 to the Red Cross by texting 90999 or by going directly to its website. The Federal Emergency Management Agency (FEMA) gives tips on how to donate safely. It notes that “cash is the most efficient method of donating,” since it’s liquid. It also warns that you should always donate through an organization or charity you trust. This is especially true online. You never know who will set up an opportunistic fake account to grab some extra cash.

But importantly, FEMA also reminds donors to be patient. While there’s a lot of media attention now, recovery will likely last for awhile, and your help will be much appreciated in the months ahead as well.