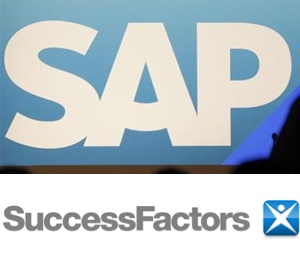 Software giant SAP acquired internet software company SuccessFactors on Saturday for $3.4 billion, in what most accounts praised as a commendable move to embrace the so-called “cloud.”

The “cloud” is a buzz-word that refers to the new way applications are being delivered: over the Internet.

Some analysts said the price SAP is paying for SuccessFactors was “nuts.” It’s a whopping 49 percent premium over SuccessFactors’ market value. SuccessFactors sells software that helps manage employee performance. This doesn’t exactly exude sex appeal. It’s also not a big play in mobile, big data or any of the other buzz-worthy areas considered broadly strategic these days.

But looked at more closely, the SuccessFactors deal is more than just another purchase by a hungry software giant trying to transform itself. From what I can garner, it’s actually a brilliant move on several fronts. SAP is way behind the cloud movement, and this purchase could help it catch up. And the deal could even propel SAP into a more compelling beast still, by helping it actually break free from the chains to its existing model, which is to sell software upfront to companies for thousands (or even millions) of dollars — something few companies want to do anymore. More on this in a second. 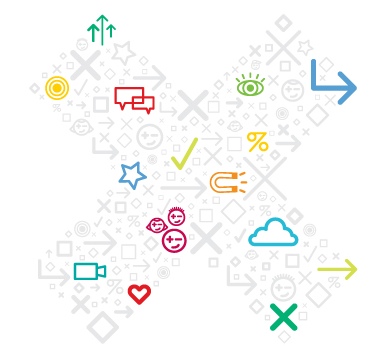 If SAP pulls this acquisition off properly, it could deal solid blows against Oracle, its main competitor, and IBM, another competitor. My analysis is helped by an interview earlier today with SAP’s Sanjay J. Poonen, president of global solutions, and informed by the insights picked up at the CloudBeat conference we produced last week, during which we talked with several experts, including Oracle’s Rick Schultz.

Here are nine main reasons this looks like a deft move:

1. Talent management is the future

Talent management is a key area of growth in the economy going forward. Ask your company’s human resources or recruiting expert; they’re likely to concur. With the Web, people can boost their profiles, they become more accessible, and they’re therefore more poachable. That means companies need to act more agressively to protect their valuable employees. Distinguishing the good from the bad performers is crucial.

LinkedIn founder Reid Hoffman once told me created created his company on the conviction that on the web, people have essentially become small businesses (concerned with pushing their personal brands). Employees care more about where they work, and they’ll move quickly to find better work.

Ray Wang, head of San Francisco-based Constellation Research, told BusinessWeek: “What SAP had in human resources — basic transactional software such as payroll — was good enough for the old era. In the new era, performance reviews and talent management will be important.”

SAP’s Sanjay J. Poonen, President of Global Solutions, asserted the same thing in his interview with VentureBeat today. He pointed to the growing competition between companies — and countries — to attract employees.

“This is a talent economy,” Pooenen said. 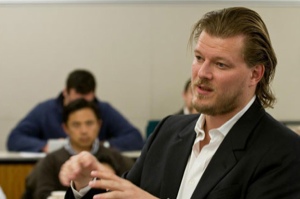 2. Talent? Well, SuccessFactors has that too

Lars Dalgaard, SuccessFactors’ CEO (pictured left) is considered a passionate, savvy leader, and SAP picks him up with this deal. He’ll become the executive vice president of cloud at SAP, helping the company navigate one of the most important future industries.

Add to this the fact that SAP has lost some talent lately, namely John Wookie, who had headed SAP’s on-demand strategy, and Jeff Stiles, SVP, Solution Marketing, another executive who led on cloud issues, but who leaves in January.

SAP has flubbed its efforts to build much of worth in the cloud so far, and Dalgaard could really help.  He’s shown what he can do: He founded SuccessFactors ten years ago, raised a little more than $45 million, and is now selling it for $3.4 billion — no small feat. By the way, Dalgaard launched  the company’s “Dashboard” product at DEMO, the conference we co-produce, in 2005 (watch this demo to see him in action).

SuccessFactors is the undisputed leader in its field. Recently, Forrester rated the Plateau Systems talent management software the best in its sector, and Plateau is now owned by SuccessFactors (SuccessFactors bought it in April). Oracle’s horse in this race is PeopleSoft, which is part of the new Oracle Fusion, but the product is widely considered inferior. It didn’t even show up in the list of Forrester’s top talent management vendors. Indeed, it’s precisely the lack of innovation in the so-called “human capital management” (HCM) area by the big software leaders — SAP included — that led to the rise of other players in this space such as Taleo (whose revenues come mostly from recruiting), Workday, Ultimate Software, and Cornerstone OnDemand. Some say the latter is SuccessFactors’ toughest competitor.

4. It fills a big hole in SAP’s own offering

With the acquisition of SuccessFactors, SAP can now boast it covers the four top segments where cloud providers offer software: customer relationship management (CRM), collaboration, procurement and human capital management (HCM). So far with its HCM, SAP has offered core HR and payroll software, but it hasn’t offered a cloud compelling employee performance software. While SAP has offered on-premise talent management software (as well as on-premise workforce analytics, and shared services delivery), SuccessFactors enriches that considerably with its focus on the cloud.