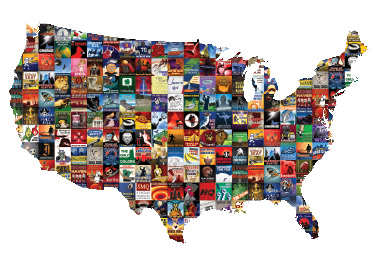 SB Nation, a network of local sports blogs (that’s what the “SB” stands for), has raised $10.5 million in new funding led by Khosla Ventures. After news of the funding was leaked to All Things Digital, chief executive Jim Bankoff confirmed it over email.

The Washington, D.C.-based company has been around since 2003, when it was known as Athletic Nation. The company’s big idea is that the audience for sports news is fragmented — fans care less about general news than they do about their specific sport and team. So SB Nation has built out a massive network of focused sites — the company says there are currently 289 blogs in the network. At the same time, it keeps costs down by just paying its contributors a monthly stipend, acccording to an Inc magazine profile of the company.

Prior to joining SB Nation in 2008, Bankoff had plenty of experience in the blog world — he was an executive at AOL, where he oversaw the acquisition of blog network Weblogs.

SB Nation has been growing quickly. It sees 8 million unique visitors and 40 million pageviews per month, Inc reported. (I’ve asked Bankoff if he has updated traffic numbers, and I’ll update if I hear back.) And PaidContent says that the company has almost reached the break-even point.

Previous investors Accel Partners and Comcast Interactive Capital both participated in the new round, which brings SB Nation’s total funding to $23.5 million.

Update: Bankoff just emailed me to say that SB Nation’s Google Analytics numbers put SB Nation at 17 million monthly uniques, while Quantcast says 9 million. Either way, the company has had consistent growth, usually doubling or tripling its traffic every year.