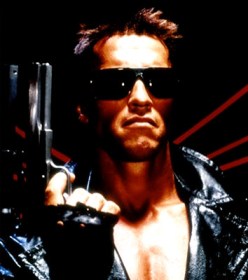 Last week, VentureBeat reported on the tension leading up the California Assembly’s vote on legislation mandating that 33 percent of the state’s energy come from renewable sources by 2020. The Assembly approved the package on Friday. But, almost immediately, governor Arnold Schwarzenegger — who has been a vocal supporter of renewable energy requirements — announced plans to veto the bills in favor of an executive order.

His objection is based on the legislation’s limits on renewable energy pumped in from out of state. Blasting the amount of red tape contained in the bill, Schwarzenegger agreed with those who opposed it on the basis of cost. If California couldn’t bring in energy produced in neighboring states, it would have to pay billions for generation plants and infrastructure — billions that its coffers don’t have right now. The governor’s office put out a statement that overly-complex and restrictive legislation could hike utility prices and even harm California’s burgeoning solar and wind industries.

The logic behind the limits on out-of-state power was that California would be more motivated to build its own renewable plants, power lines and transformers, creating as many as 200,000 green collar jobs. Those who liked this provision, including the measure’s sponsor Joe Simitian (D-Palo Alto), also called attention to compromise: that out-of-state producers of power could still be tapped as long as their plants were already connected to California’s grid. But this was seemingly not enough.

No further details have been released on the shape Schwarzenegger’s executive order will take. And some environmental groups and supporters of the initial legislation have expressed concern that an executive order will not carry as much weight. Regardless, whatever he comes up with is likely to be just as stringent as the legislation was going to be. California has some of the toughest standards of any state mandating renewable energy quotas, and Schwarzenegger has been squarely in favor of keeping them that way.