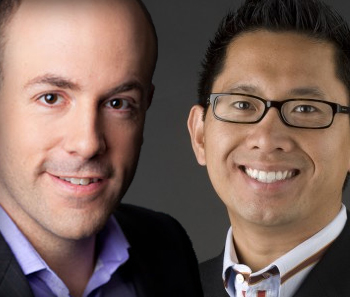 The hustling Los Angeles tech scene is revolving around a new center these days: an incubator called Science. It started just a couple months ago and is the work of former MySpace CEO Mike Jones and Color co-founder Peter Pham.

We took some time over the past couple of weeks to talk with Pham and Jones, as well as at least one entrepreneur who’s working with the Science team on a new startup.

As a longtime veteran of the LA startup world, your correspondent sensed a distinctly new energy during these conversations. There’s more organization, more optimism, and more stability than ever before from the tech scene to the south.

“Science is bringing infrastructure to LA that hasn’t been there before, including access to capital,” said Tony Adam in a recent trip to VentureBeat’s San Francisco office. Adam is head of Eventup, the first Science startup to reach a public launch.

Science, still a small outfit with a $10 million fund, is launching a string of startups this year, and each one has solid revenue potential. It could be the start of a new era for Los Angeles tech — and a new opportunity for NorCal investors to take the area a bit more seriously.

The Los Angeles community is replete with former MySpacers, and Science itself is built from a tight-knit cadre of onetime MySpace executives still loyal to Jones. Adam is among that group, as are Science partners Mike Macadaan and Sean Percival.

But this isn’t just croneyism at work; MySpace accounted for a lot of the LA-based tech talent pool. And as the larger community evolves past MySpace, former MySpacers are taking on new roles, building new companies, and continuing to push the area forward into the technology fray.

“These are guys that I fell in love with,” said Jones in a phone conversation with VentureBeat. “I’ve worked with them for years. Coming out of MySpace … these are the guys I love to work with.”

“The alumni network [from MySpace] is actually pretty large,” said Pham, one of a few Science affiliates who wasn’t involved in the social network. “Those folks are re-participating in the community.”

Jones emphasized that the painful experience of taking a once-strong company through layoffs and a fire sale was a trial by fire for all parties involved, but that it made the core team of his confidants stronger.

Jones advocates what appears to be a prominent theme among LA startups: real revenue from the get-go. You’re likely to see fewer tech platforms down south, but much more likely to see actual businesses with consumer-level customers either waiting in the wings or already putting their money down for product.

“We’re gonna build a whole breed of businesses over the next year that are incredibly successful,” Jones said. “I think Science will be a conduit for Silicon Valley investors to feel comfortable investing in Los Angeles.”

A conduit for cash

Bringing San Francisco’s capital down to LA’s entrepreneurs was a theme that came up frequently when VentureBeat talked in person with Pham, as well.

“A personal mission of mine is to get some larger firms to open up offices down there, to bring down a partner to invest personally,” Pham told us.

“Right now, though, I want $250 million of Sand Hill money coming down to LA, and it’s starting.”

Pham rattles off a string of recent LA-based startups that have raised money from top-tier Silicon Valley firms. “I’m getting amazing committments and term sheets being signed for deals,” he said, speaking with the energy and confidence of someone who was born for this job.

“Our plan for Science is … to bring cash in and actually start other funds down in LA,” Pham continued. “It’s starting with pockets of angel investing, and there will be a billion-dollar fund in LA within the next three to five years.”

The money from Silicon Valley to Los Angeles has been a trickle; Pham is convinced it will become a flood. All that’s needed in order to turn that vision into a reality is a bit more structure of the kind Science is providing.

“What’s been lacking is guidance and leadership,” he concluded, “and we think Science can be a tent pole.”

(Editor’s note: VentureBeat is partnering with Science on Feb 23, in our quest to find great companies to write about, as well as to invite to DEMO.)