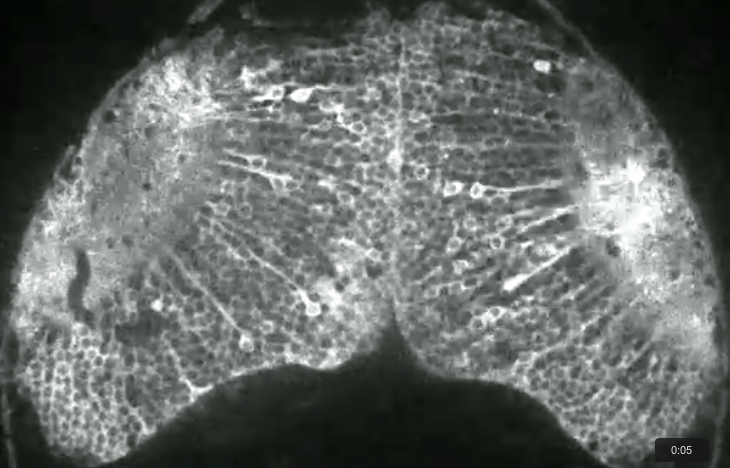 Ever wanted to see a thought?

The insides of computer systems are often portrayed in science fiction movies as vast arcologies of virtual structures, with whizzing electrical impulses flashing through them. As it turns out, our brains might not look very different from our dreams of artificial computing entities.

For the first time, Japanese scientists captured video of a thought being formed, and it looks pretty much like miniature lightning tracing its way through a meshed structure of neurons:

Of course, this is not a human brain that mad scientists exported from a skull and sliced up in the pursuit of scientific information. Rather, this is a the brain of a baby zebrafish — and it wasn’t even harmed in the experiment. Researchers chose this creature because in their embryonic and larval states, zebrafish have the wonderful property of being almost completely transparent. 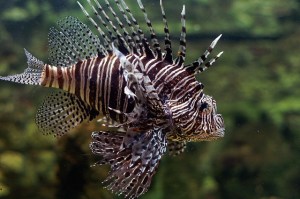 Above: The adult of the species is not, alas, transparent

The scientists dosed the baby fish with fluorescencing agents that glow when neurons are activated, then induced a paramecium — a tiny protozoa about 200 micrometers in length — to swim by, causing the zebrafish to perk up and think about a snack.

That caused neural impulses to be fired off in the zebrafish’s “optic tectum,” a region of the midbrain. Which the Japanese researchers then captured video of, and, naturally, uploaded to YouTube, solving once and for all the perplexing question: what do fish think of?

Mostly, it appears, lunch. Which is not too different from humans, perhaps.