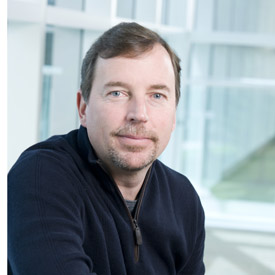 Although Scott Thompson joins the jobless after recently resigning from his CEO position at Yahoo, don’t look for him on any unemployment lines. Yahoo stated in a filing today Thompson would be receiving nearly $7 million in make-good cash from Yahoo.

That’s a pretty good payout for about five months’ work, though it’s much less than it could have been if Thompson had received a full severance. Yahoo won’t be paying a larger sum, however, because it is terminating him “with cause.” Thompson was hired from eBay’s PayPal division on January 4 of this year, and resigned May 13 after a growing scandal over a false claim on his résumé that he had a degree in computer science.

In a filing from Yahoo, which AllThingsD reported today, Yahoo wrote that “Yahoo! and Mr. Thompson agreed to terminate all other agreements between them, including Mr. Thompson’s offer letter, all outstanding but not fully vested equity awards and Yahoo!’s other plans and arrangements for the benefit of employees, with no severance compensation.” Although Thompson claimed he was innocent, evidence obtained from Yahoo’s board confirmed his counterfeit academic record.

Thompson could have received more under different circumstances, but Yahoo declared it had “cause” per its Code of Ethics and Yahoo! Policies. In the end, Yahoo saved a large severance payment due to its claim. Thompson, however, isn’t leaving empty-handed. Along with the $7 million and vested stock options, the former president of PayPal drew a salary in 2010, prior to moving to Yahoo, that added up to nearly $10.4 million.

In a statement from Yahoo’s press room, the company promoted Ross Levinsohn, Yahoo’s executive vice president,  as the interim CEO, and Fred Amoroso as the chairman of the board.

Prior to resigning, VentureBeat reported that the 54-year-old disclosed to Yahoo’s board of directors that he has thyroid cancer. He is currently undergoing treatment. To date, Thompson has yet to refute the board’s presented evidence.