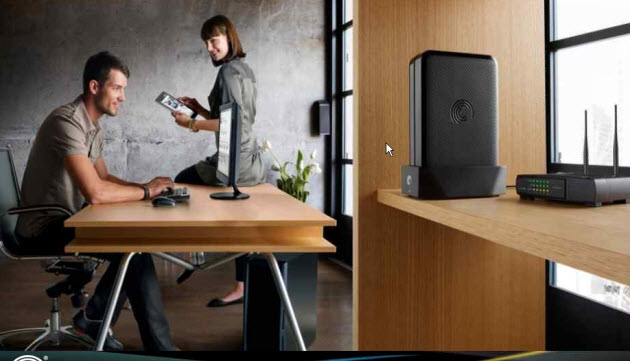 Just a week after Netgear introduced a similar product, Seagate is launching its own new family of centralized storage servers for home use.

While this is complex gear, Seagate believes that families need it because they’re storing so much media, from home videos to digital movie collections. And consumers want to access this media from anywhere in the house or while they’re on the road. 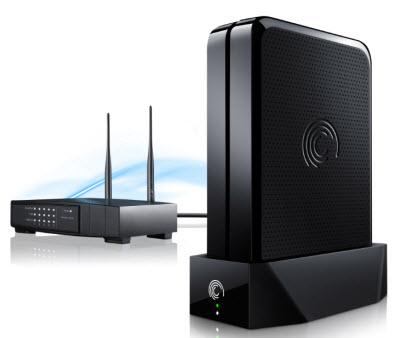 Seagate’s GoFlex Home network storage system is bundled with software that makes it easier to attach all of your computers and other devices to a central storage system. These setups are much like networked computers in enterprises, offering benefits such as backup, sharing of media and printers, and remote access. But as with the Netgear devices, the Seagate software focuses on making it brain-dead easy for someone to set up and operate.

It works with Windows PCs as well as Mac OS X computers, including the Mac’s Time Machine backup system. With the GoFlex Home hooked up to a wireless router, families can wirelessly stream photos, movies and music to most network-connected DLNA devices (named after the Digital Living Network Alliance). Seagate has its own GoFlex TV HD media player, which can connect to the network and play files on the central server.

In the name of simplicity, the Seagate box has just two cable connections and an illustrated installation tool that explains what’s happening when it configures the software. You can click on an icon to add a new computer or storage to the network. It comes in 1 terabyte ($159) and 2 terabyte ($229) capacities. GoFlex, a premium service option (for a one-time fee of $49.95) lets users share content on mobile devices such as an iPhone, iPad or BlackBerry. It also sends notifications to friends or relatives when you make additions to share file folders.

Seagate’s offering is much cheaper than Netgear’s recently introduced network-attached storage for professionals. That line of Netgear products uses higher storage capacities and packages different kinds of software in them. Netgear’s devices range from $599 to $1,399. Netgear also has a cheaper, consumer-focused existing line of Stora storage devices, priced $189 to $200. Seagate says its devices are smaller in size, produce less noise, and are easier to use.  Other rivals include Iomega and Western Digital.

“Home networking is now within everybody’s reach,” said Greg Falgiano, a Seagate senior product marketing manager, in an interview. “You can set it up in as little as five minutes.”

Market researcher In-Stat predicts that the consumer network storage market will grow 25 – 50 percent over the next five years as people attach more devices to a network and use more devices outside of the home.