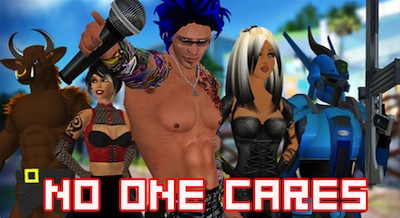 The big workforce reduction seems to undercut all the good news that the San Francisco company has been trumpeting — Linden Lab told us that from January to March, virtual good transactions were up 30 percent compared to the same period last year, and that in March, the number of unique monthly users was up 13 percent. At the same time, it’s clear that companies were having trouble finding users for their virtual worlds or making those worlds work as a business, with the closure of There.com, Vivaty, and Metaplace.

The company described the layoffs as part of a “strategic restructuring” that will make it more efficient. The product and engineering teams will be combined, the software development teams will be consolidated in North America, and customer support will be “reconfigured.”

Massively, a news site focused on massively multiplayer online games, reported Monday that it was hearing about big layoffs, which included the entire Second Life Enterprise team (which built a version of the virtual world for businesses) and the Singapore office. Prior to the cuts, Linden Lab employed more than 300 people, Massively said.

Linden Lab said the restructuring will help it focus on its big goals — building a version of Second Life that works entirely in the Web browser (rather than requiring users to download software) and integrating it with social networks (which is where online gaming companies like Zynga have found massive audiences).

Forrester Research analyst TJ Keitt commented on the layoffs via email, calling them a “gamble”:

This move shows that Linden Lab sees the consumer virtual world market set to boom as young tweens and teens reared on Club Penguin start to reach the age where they can access Second Life. It’s a gamble, as we still see virtual world use as pretty nascent. What will be interesting to see is how this affects Linden’s efforts to get an enterprise virtual world offering off the ground.