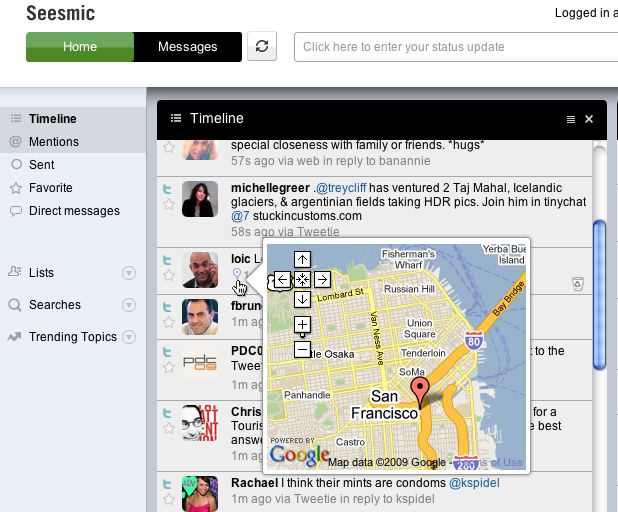 Seesmic, the Twitter client that was the first to incorporate lists, has now jumped on the social network’s new location-tagged tweets. You can roll over tweets that have a special marker to show a map of where they are, without ever leaving the client.

Twitter finally rolled out its location application programming interface earlier today. It lets you pair a tweet with data about where you are. It could be extremely valuable for real-time data about what’s popular around you or in a given city. Location-based services like Gowalla, Foursquare and Tweetie have already incorporated the functionality, although it has yet to debut on Twitter.com.

Seesmic is the sixth most popular of accessing and reading your Twitter feed, according to TwitStat. The company launched a client based on Windows earlier this week at the Microsoft Professional Developers Conference.