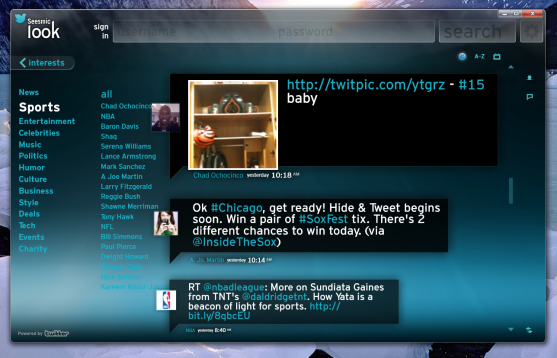 The typical Twitter client, which is used to read tweets, might resemble rocket science to grandma. With two, three, or four columns of tweets and sometimes embedded photos and videos streaming down an interface continuously, it’s understandably bewildering to a mainstream audience.

With that in mind, Seesmic, which is behind several mobile, desktop and web-based social media clients for keeping track of tweets and Facebook updates, is going after regular consumers with a new product Seesmic Look today.

“We were challenged to reach out to an untapped market – a mainstream audience not familiar with Twitter – people in your personal circle like friends or family members (think “Mom” or “Dad”), that heard of Twitter but were never interested, or never had the opportunity to have a positive and friendly experience.”

Seesmic Look is radically different from any other social media dashboard out there. You don’t have to log-in to Twitter to use it and it works with touchscreen Windows-based tablets or even a TV. You can pick specific channels to watch around sports or entertainment that automatically follow different Twitter personalities. The channels also come sponsored by different brands like Red Bull. It’s a more serious (and probably feasible) attempt at Twitter advertising. (A couple startups like Sponsored Tweets have controversially tried paying people per tweet.) Seesmic also developed Look in partnership with Microsoft and the company is aiming to have it come pre-installed on tablets.

The redesign is big for both Seesmic and for Twitter. Twitter has essentially outsourced innovation in user interface design to its biggest platform companies like Tweetdeck, Brizzly, Hootsuite and Seesmic. Instead of building the best web site itself, Twitter relies on other startups to experiment with ways of reaching different audiences. Twitter’s growth has slowed to roughly 3.5 percent per month, according to HubSpot’s State of the Twittersphere report released this week. So if Seesmic can find a way of making tweets more palatable to mainstream consumers and rekindle Twitter’s once breakneck growth, it’s a win for both companies. 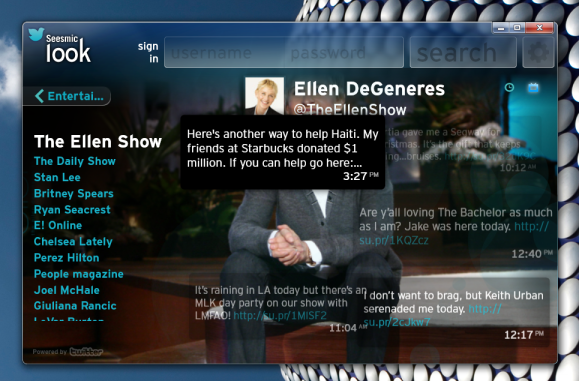 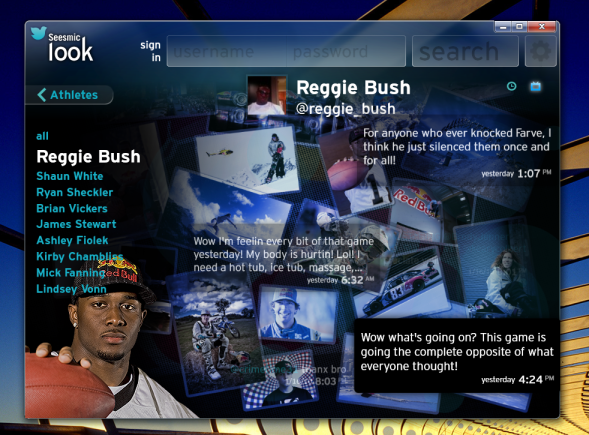 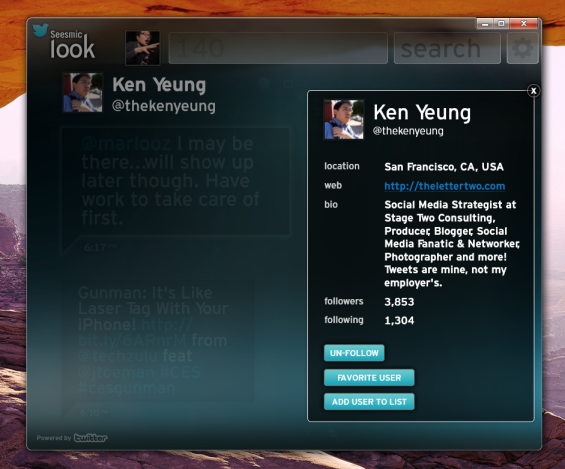