Brawl Stars looks like it’s on its way to becoming a hit. Mobile market research firm Sensor Tower released its findings for January, and it has Supercell’s latest game cracking the top 10 for revenue in less than two months after its official launch.

The multiplayer hero battler brought in more than $50 million in January, placing it No. 10 on Sensor Tower’s top-grossing apps worldwide. This shows that Supercell’s marketing efforts are paying off after a 2018 in which revenues took a dip.  Mobile gaming should’ve raked in more than $70 billion in 2018, according to an estimate from Newzoo, another market research firm. Data like Sensor Tower’s helps publishers and developers decide what they should make, which platform they should choose, and what regions are best for their games. 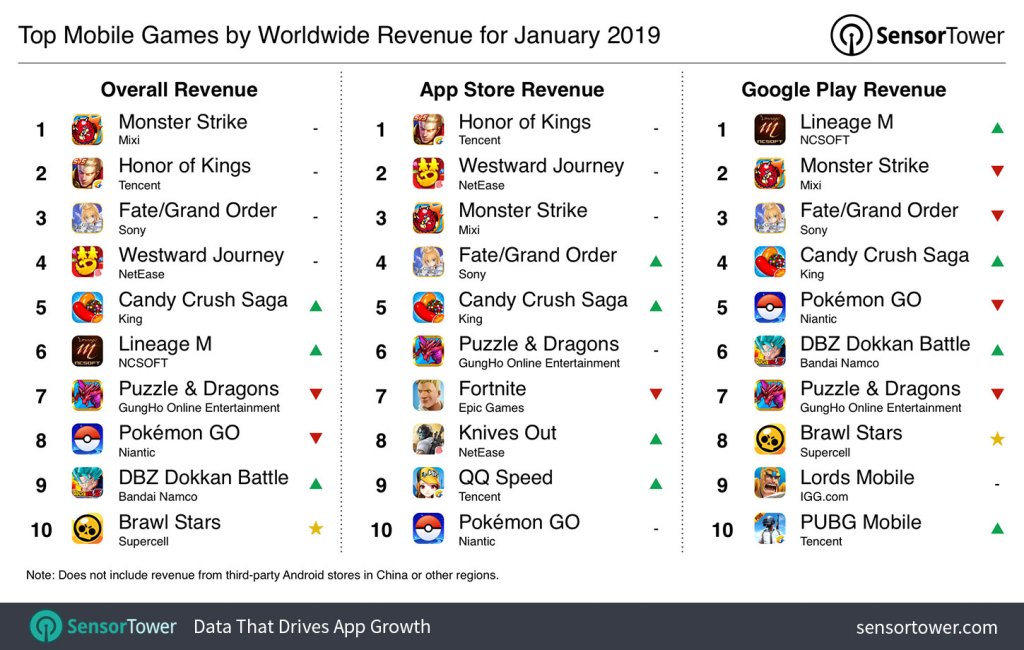 Brawl Stars is the only game that hasn’t been in the top 10 before, Sensor Tower reports. It ranked eighth on Google Play and No. 13 on Apple’s App Store. Candy Crush Saga, Dragon Ball Z: Dokkan Battle, and Lineage M all improved their rankings from the prior month.

Westward Journey (full translation is Fantasy Westward Journey) from Netease came in No. 2 at Google Play and No. 4 worldwide, showing again just how strong free-to-play games are in Asia. Sensor Tower’s Randy Nelson said it came out in March 2016 and that it’s been one of China’s highest earning mobile games.

“It has grossed more than $4.2 billion to date, not including Android in China,” Nelson said. “It’s available in 70 countries, including the United States. Most of its revenue — 99 percent — comes from China, though. The U.S. is its largest international market, but accounts for less than 1 percent of spending. It has grossed approximately $30 million here. The version on the U.S. App Store is entirely in Chinese, BTW.” 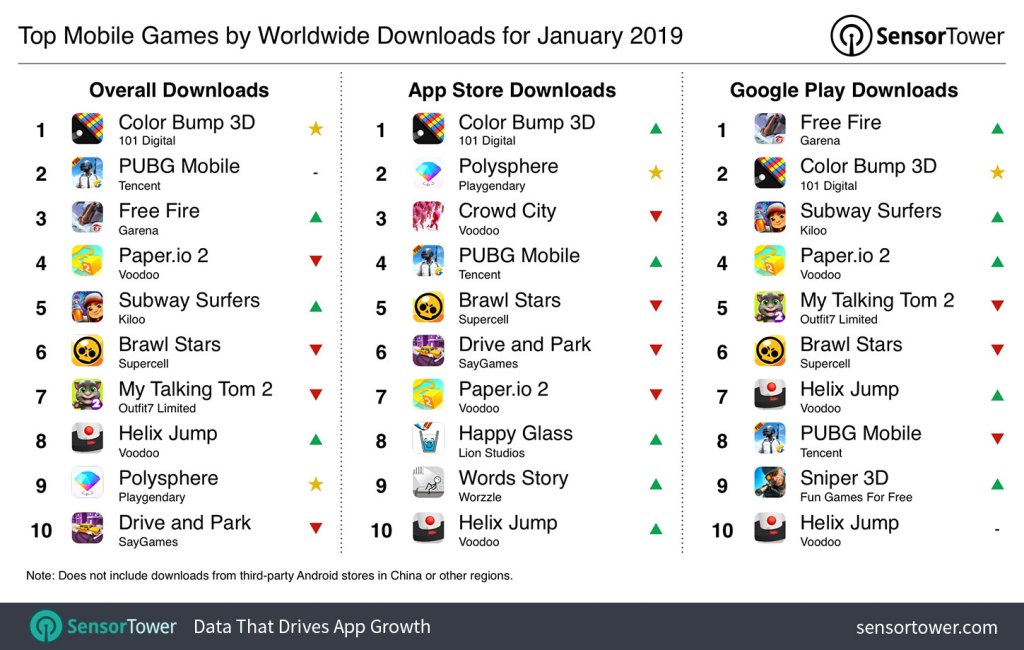 Five of the top 10 on the downloads chart are hyper-casual games:

Color Bump 3D is making its debut, and appearing at the top is a win for 101 Digital. Polysphere at No. 9 is also a new game, and its strength came from the App Store, where it was No. 2 behind Color Bump.