The location-based AR game from Square Enix has enjoyed what mobile intelligence firm Sensor Tower is calling the second-highest grossing launch month for any exploration game, only trailing Pokémon Go. It’s received 1.7 million downloads on iOS and Google Play, and it’s brought in an estimated $86 million since its September 8 debut.

Right now, Dragon Quest Walk is just available in Japan. Dragon Quest is a Japanese role-playing game franchise from publisher Square Enix. It’s always had a huge following in Japan, but its sales have long been softer in the West. Walk adapts it for AR, where you find monsters from the series like slimes and fight them. 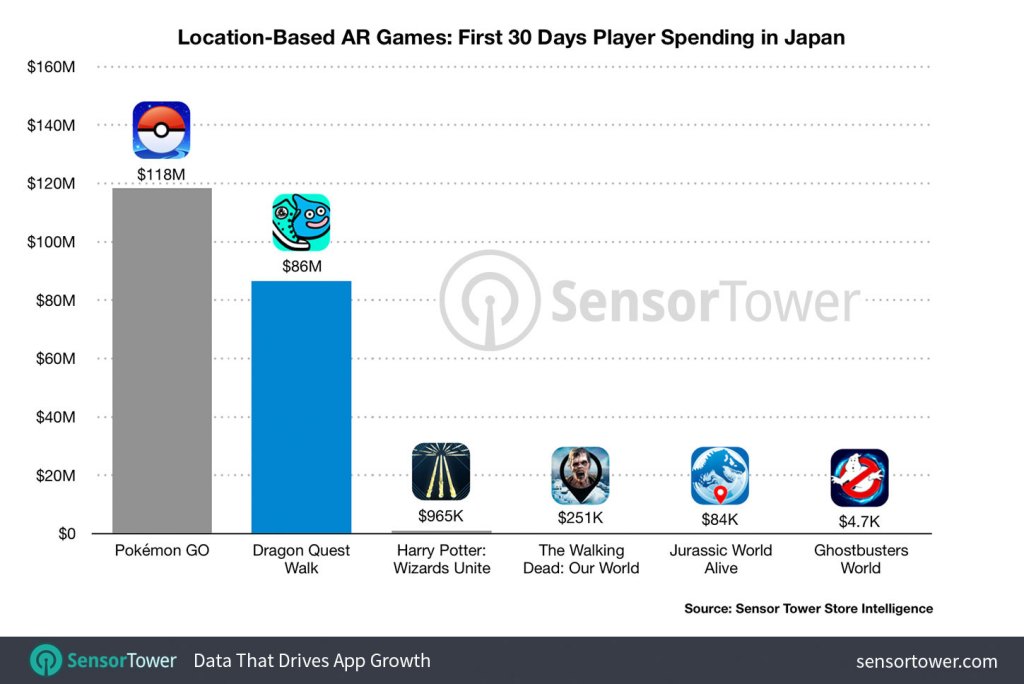 In its launch month in Japan, Sensor Tower estimates it brought in 89 times more than Harry Potter: Wizards Unite  … and it beat Harry Potter’s global first-month revenue of $12 million, too.

The big question is: Is Square Enix leaving millions on the table by not bringing Dragon Quest Walk to the West? I’d enjoy slaying some slimes when I walk my kids to and from school.