Tumblr, a New York startup that offers easy-to-use publishing and social networking tools for bloggers, has raised a “very big and competitive” round of funding from famed venture capital firm Sequoia Capital, according to a report in Business Insider.

The company’s network of blogs seems to have taken off in the past year, as you can see from the Quantcast chart below. Tumblr also appears to have solidified its lead against West Coast rival Posterous, and even though it hasn’t caught up with more-established blog platform WordPress, it’s growing more quickly.

The company, founded by David Karp (pictured), and has already raised more than $10 million from New York-based Union Square Ventures and Boston-based Spark Capital, so a Sequoia investment would mark its first Silicon Valley backing.

Neither Sequoia nor Tumblr responded to my email requesting comment. 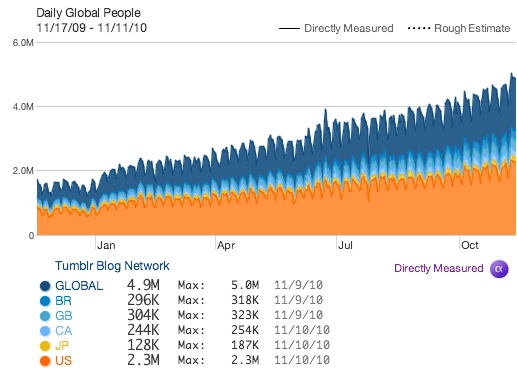