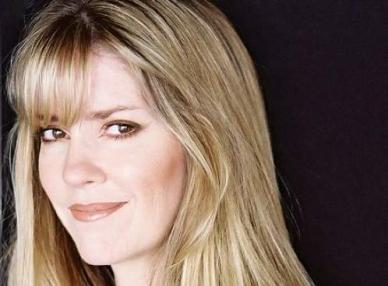 The letter that got Mark Hurd forced out of the top job at the world’s largest technology company is expected to be unsealed.

A Delaware judge ordered that the letter from former HP marketing contractor Jodie Fisher to Hewlett-Packard’s board be made public. In the letter, sent by Fisher’s attorney Gloria Allred, Fisher accused Hurd of sexual harassment and other details that got him into hot water. Hurd resigned under pressure from the board last August.

The letter prompted HP’s board to investigate Hurd. While it found no evidence of sexual harassment, the board concluded that Hurd acted inappropriately in failing to disclose his close personal relationship with Fisher, a former soft-porn actress who got a job showing Hurd around at HP’s marketing events. HP accused Hurd of falsifying expense reports, and Hurd admitted he did not live up to HP’s standards.

The letter reportedly accuses Hurd, who has since become co-president of Oracle, of disclosing company secrets to Fisher, such as HP’s pending $13 billion acquisition of EDS. However, Fisher acknowledged that the letter contained many inaccuracies. That is one reason Hurd has fought to keep it secret.

In the opinion (embedded below), Delaware Chancery court judge Donald Parsons said that much of the information was already public and that he determined the contents of the letter were not protected.

Amy Wintersheimer, attorney for Mark Hurd, said in a statement,”We are disappointed with the court’s ruling and will appeal the matter. We believe the letter, which was clearly marked ‘confidential,’ should remain that way. As has been admitted, the letter contains many inaccuracies. Mr. Hurd long ago resolved the matter and has moved on.”

The opinion discloses a few of the letter’s details, such as Hurd being accused of using corporate funds to “wine and dine” Fisher and leaking “potentially material” secrets about the company.

While some allegations are candid, they are not graphic or lurid, Parsons said. The judge did say that some “intimate details” about Hurd’s private life and his relationship with his family were legitimate topics to be kept private. So it is likely that some material will be redacted from the letter.

The dispute over the letter stems from a lawsuit by a shareholder, Ernesto Espinoza. His attorney wants HP’s records related to Hurd’s resignation and severance. HP itself agreed that the letter is not confidential.