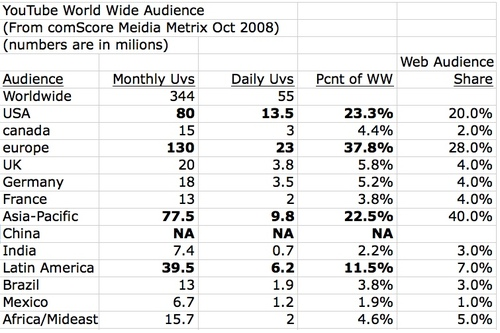 YouTube, the largest video-sharing site in the world, is cracking down on sexually suggestive content. It already removes sexually explicit acts and actual pornography, but now it’s going a step further. Videos that the company defines as sexually suggestive will be more heavily restricted based on users’ ages. Even possibly offensive videos that the company still allows on the site will be demoted within the site’s auto-recommendation features to shield them further from sensitive eyes.

The Google-owned property is still trying to figure out how to make lots of money, even though it racked up an impressive 344 million unique visitors in October, according to comScore. Suggestive content could scare off more advertisers. More on YouTube’s new definition of what “sexually suggestive” means:

Other content like nudity and dramatized or implied sexual conduct may be considered sexually suggestive depending on whether or not it is intended or designed to arouse viewers. Nudity includes exposed or partially covered genitalia, buttocks, or breasts, as well as sheer clothing. Videos featuring individuals in minimal or revealing clothing may also be age-restricted if they’re intended to elicit a sexual response.

YouTube goes on to provide even more specific examples of what is and isn’t acceptable, but I’ll leave you to read the rest of those details yourself.