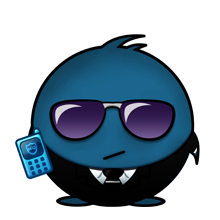 Last year, SGN made a bet that social gaming would transcend any one platform, and it aggressively expanded from its core group of gaming applications on Facebook to building games for the iPhone. Even though many rivals have gotten bigger than SGN on Facebook, it has surpassed them on the iPhone while maintaining key games on Facebook. Now, it looks set to take advantage of its cross-platform reach.

The first of SGN’s bets paid off in March, when Facebook launched its Connect service for the iPhone. The service lets you play iPhone games against your Facebook friends, creating experiences you couldn’t just have with either the device or the phone on their own. For example, in SGN’s Agency Wars role-playing spy game for the iPhone, you can first invite your friends on Facebook to play using Connect. Then, once they start playing, you can use the iPhone to do things like set a location-based virtual bomb to blow up their character when they walk by with their iPhone.

Overall, SGN has more than 12 million of its games installed on iPhones and iPod Touches — its on an average of one in three of these devices — and a 25 percent user crossover with Facebook. It only has around 2.4 million monthly active Facebook users for its 25 Facebook applications, according to AppData, distantly trailing rival Zynga’s 41.5 million. 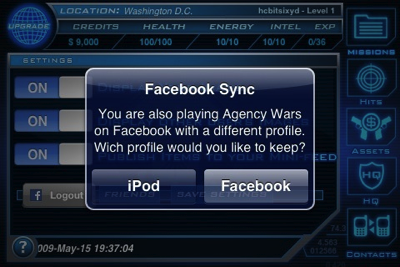 But, the second part of SGN’s bet will begin paying off this summer, when Apple enables microtransactions on the iPhone. Virtual currencies and virtual goods have already proven popular with users on Facebook — and some companies that build applications for it and other social networks are making millions. Industry insiders have estimated to us that developers could make up to half a billion dollars in revenue this year on Facebook alone, mostly from virtual goods. As a stand-alone platform, this will be valuable for many games.

You can see how this will make a difference for companies like SGN. On Facebook, its Tamagotchi-style (fluff)friends application is already making millions of dollars through its 520,000 monthly active users buying things like virtual clothes to decorate their virtual pets with. Users can also virtually pet their friends (fluff)friends, or race the pets against each other. The revenue adds up in this game. A special subscription service gives people extra points, and free physical stuffed toy pets. The application has tens of thousands of these subscribers, and averages above $500 in revenue for each one, chief executive Shervin Pishevar tells me. SGN was one of the early companies experimenting with the virtual goods model on Facebook — and, while I haven’t figured out how much the company is making from that revenue stream or others, I have heard it is profitable. 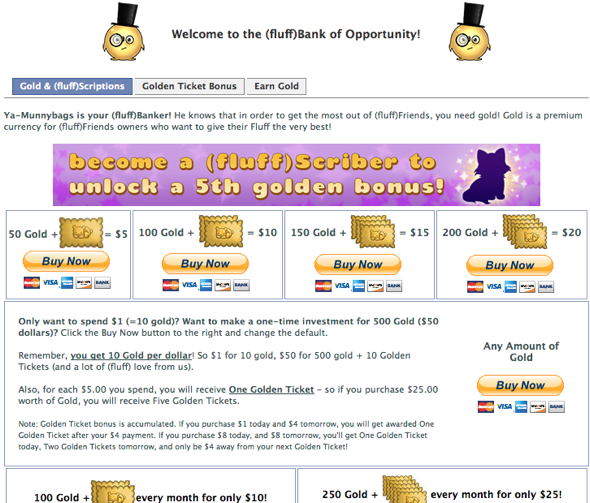 SGN has been planning for iPhone virtual goods, by continuing to blur the lines not just between platforms but between games that span platforms. On Monday, for example, it is introducing a special (fluff)friend pet, Agent Yawobbly (pictured, top), that you can win by reaching a high enough level in Agency Wars. Sure, there may not be a lot crossover in users between (fluff)friends’ mostly older, female user base and Agency Wars certainly younger crowd. But for the people busy taking care of their (fluff)friends while using their iPhones to blow up their Facebook friends, Agent Yawobbly is going to seem like a special touch.

Of course, expect more linear integration between (fluff)friends and SGN’s iPhone app of the same theme, iFluff Pets — like being able to take care of your Facebook pet from your phone, and race your pet against your friends pet. And expect to see the combination of social and mobile and more and more SGN applications. Other games, like its forthcoming group Jet Fighter game, will enable much of the same. In that title, friends will be able to form squadrons and battle other squadrons in real-time from across Facebook and the iPhone.

To be sure, many other companies have been busy experimenting with the cross-over between social networks and mobile devices. Rivals like Zynga and Playfish passed SGN long ago on Facebook, but haven’t gotten nearly as big on the iPhone. Facebook Connect and competing services like MySpaceID are going to make it easier for social networking developers to introduce social features, and tie in those mobile games to their existing user bases. SGN’s early reach across both types of platforms, however, could give it an edge in further promoting its games everywhere. Indeed, my game-obsessed colleague, Dean Takahashi, has recently predicted the emergence of a cross-platform social games empire — SGN could be it.