The downloadable content (DLC) lets gamers play as the Elven warrior Eltariel, for the first time. Eltariel was a major sidekick character, aiding Talion, the Ranger of Gondor who was trying to stop Sauron in Shadow of War, a new part of the Tolkien canon which was set in the 60 years between the events of The Hobbit and The Lord of the Rings, which were among the most popular novels of all time.

For Tolkien fans, this is it. We don’t have any more Peter Jackson movies to watch, and it’s going to be a while before Amazon’s new series based on The Lord of the Rings comes out.

Eltariel, known as the Blade of Galadriel, is a deadly assassin working for the Elven queen, Galadriel. She has been dispatched to Mordor to hunt the Nazgûl and has been doing so for millennia. In Shadow of War, she aided Talion and battled Sauron for control of the One Ring. If you’ve played that game (spoiler alert), you know that didn’t end well for Talion. I found the story to be very interesting, though I didn’t like the second ending that occurred after a lot of grinding through battles over Orc fortresses. 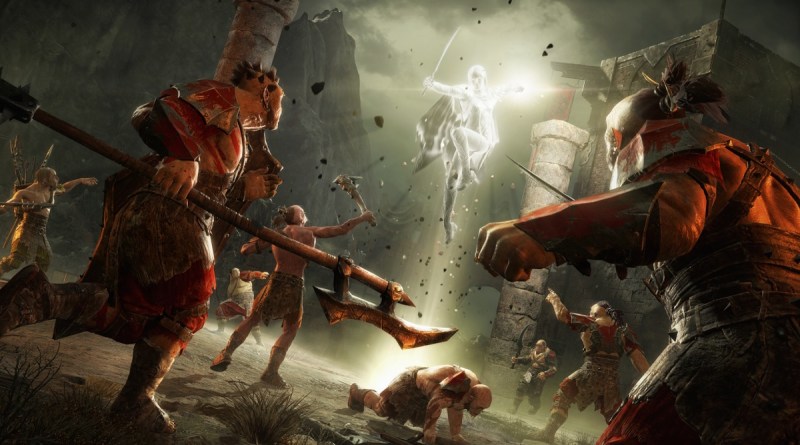 Above: Eltariel wields the Light of Galadriel.

Based on the trailer and the image of Talion, you can see that he has gone from being a good wraith and a human to being a bad wraith, or at least one who is conflicted at being controlled by Sauron. Eltariel wields dual Elven Blades and the light of Galadriel, giving her the ability to go head-to-head with the terrifying Nazgûl.

You’ll encounter new Nemesis characters, such as Flint, Tinder, and the Slayer of the Dead, while learning more about mysterious past of the Nazgûl, who wear the nine rings in service of the Dark Lord. You can control eight unique Legendary Orcs who can join your forces in the main story campaign.

The DLC also lets you unlock an Eltariel character skin that can be used in the main story campaign. The DLC also has updates for Shadow of War. In the Nemesis system (which enables Orc characters to change over time, based on whether or not you subjugate them), Orc Captains can exhibit new traits and behaviors, adding more depth to combat encounters. 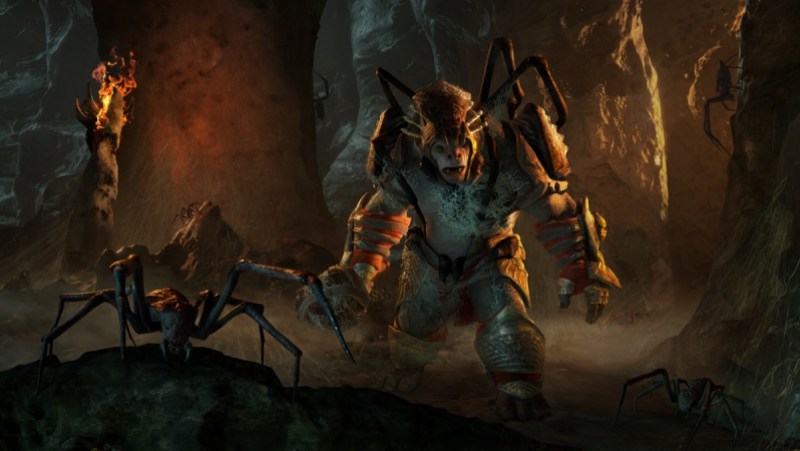 Above: You’ll see Orc Captains aplenty in the new Shadow of War expansion.

For instance, Tunnel Rat Orcs can burrow into the ground and summon Ghûls. Archers can fire sniper shots from a great distance. Ologs can pound the earth with tremendous force, staggering enemies or damaging structures. Followers can bring treasure gifts, and players can use a photo mode with new filters, frames, and styles for taking in-game selfies.

You can choose to appear as Talion or Eltariel in the main story campaign. Players can upgrade their Orc Followers with Training Orders while in the Garrison, saving time and offering more flexibility in deployment. Players can track a variety of in-game stats, including the number and type of enemy kills, dominations, and betrayals; fortresses conquered and defended; gear pieces collected and upgraded; and many more.

The expansion is available today on the Xbox One, PlayStation 4, and Windows 10 PC for $15. You can buy a $25 pass for both Galadriel and the upcoming The Desolation of Mordor Story Expansion, which comes out in May.