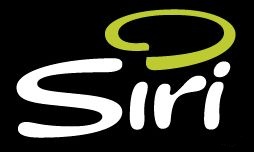 Conspiracy theorists will love this one: A computerized assistant that can help you manage your day to day life, built atop an artificial intelligence platform developed by the Defense Advanced Research Projects Agency (DARPA), the United States’ internal military research group. Siri, the startup building the assistant, is today announcing $8.5 million in venture funding.

As befits its spookish origins, Siri isn’t saying a great deal yet about what it will do. Co-founder Dag Kittlaus, who licensed technology from DARPA’s CALO (Cognitive Agent that Learns and Organizes) project, calls it “a smarter, more personal interaction paradigm for the Internet.” Unfortunately, that’s about as specific as calling Google “a thing that finds stuff.” Those who want a sneak peek at Siri will instead have to look to CALO.

So here’s what we know about CALO: It’s a concerted effort to take the first real step toward artificial intelligence, with five years of work and $200 million in funding to date. Rather than being immediately useful, it learns about the user over time, much like a real personal assistant would. As it learns, it becomes capable of making logical associations and initiating its own actions.

Let’s use travel as an example, since it’s often used to talk about semantic web services. Say you want to book a vacation. A “cognitive assistant”, as these programs are sometimes called, should eventually be able to help you plan and book your travel. Say it has learned that based on your income, you can’t afford five star hotels, but based on your habits, you won’t go to one or two star hotels, so when you look for accomodations, it brings up a list of three and four star hotels.

Other companies hope to have similar capabilities. However, CALO goes a step further, in that it’s “proactive”. So to follow the example, your assistant might not even wait for you to ask about hotels on Maui — it might suggest vacations on its own, a couple months before your yearly vacation time came up.

Obviously, DARPA didn’t start the project to help officers plan out their vacation retreats. Internally, it’s meant to help with tasks like running a platoon of soldiers, and actual development has been centered around enterprise usage, according to SemanticWeb.com. Siri is likely just the first of several startups we’ll see emerge to try to reach a broader market with the technology.

We’ll have more details about it over time, like whether Siri will be aimed primarily at computers or mobile devices (yes, they’re not even admitting that much). Right now, the company is testing a private alpha version, and expects a public beta launch in the first half of next year. It will slowly reveal more in the intervening period.

Also keep in mind that a number of semantic web technologies have been released so far, like Evri, Hakia and Twine, and almost none have so far lived up to the hype they’re given before launching. The lesson to be learned isn’t that the field is devoid of promise, but rather that people have expected too much too soon. It’s a new field, and will take time to mature. While CALO is reputedly a much more complete project, it’s best to let it prove itself.

The $8.5 million Siri has raised so far was provided by Menlo Ventures and Morgenthaler. It’s based in San Jose, Calif.