Shapeways, a 3D printing platform for designing, creating, and selling all manner of products, has raised $30 million in a series E round of funding led by Lux Capital. Existing investors, including Andreessen Horowitz, Union Square Ventures, and Inkef Capital, also participated in the round.

Founded out of the Netherlands in 2007, Shapeways enables designers to upload their own 3D model designs, though it also offers support from professional designers. Creators then choose their materials and Shapeways does the rest. 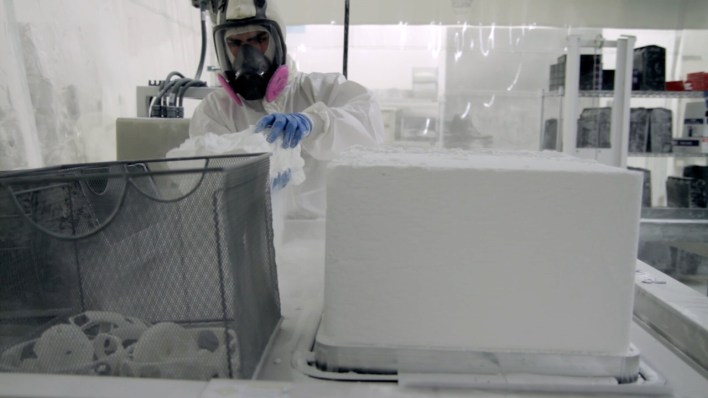 Above: Shapeways at work

The website also gives creators Etsy-style stores so they can sell their goods directly to consumers. Shapeways had previously raised around $80 million in funding, and the company said it now plans to accelerate growth and launch services that support its vision of becoming a “complete end-to-end platform” for creators looking to build and sell their own products — regardless of their 3D modeling experience.

Today’s news comes two months after Shapeways’ new CEO Greg Kress replaced interim CEO Tom Finn, who was standing in for cofounder and former CEO Peter Weijmarshausen after he stepped down in August 2017.

“We’ve just hit our 10 millionth product printed, but we are just getting started; there is so much more to do,” noted Kress. “We want to enable more creators to reach success, and this will include supporting them through design services, manufacturing beyond just 3D printing, and helping them create small businesses.”

Among the first new programs to launch as a result of the company’s planned expansion is an initiative called “Design with Shapeways,” which offers direct, personalized support to creators throughout the design process. Additionally, Shapeways is introducing a custom jewelry range to show creators how their customers can personalize and customize designs.

So while Shapeways currently targets its 3D printing smarts at creators, it will soon launch a consumer-focused interface, starting with the “Spring & Wonder” jewelry collection. “This is the first of several in-house showcase brands to be announced this year, with others planned across a wide range of product categories,” the company said in a statement.

“The plan is to put this product creation engine in the hands of millions more, through more approachable and expansive services,” added Lux Capital partner Zack Schildhorn. “Life-changing businesses will be built on this platform.”

Shapeways’ latest raise also highlights the growing demand for 3D printed goods, with the overall market estimated to hit $22 billion by 2022, up from $6 billion last year. Indeed, a number of 3D printing companies have raised big chunks of cash in recent times, including Carbon, which recently raised $200 million to bring 3D printing to more manufacturers; Desktop Metal, which nabbed $65 million; and Markforged, which closed a fresh $30 million round.