The digital versions of the game will debut in the spring of 2019 for $8. The board game was made by Justin Gary and Gary Arant, who were also the designers of its predecessor, Ascension.

Theresa Duringer, founder of Temple Gates Games, is also a fan of board games and met the designers at the massive GenCon board game event a couple of years ago. They collaborated as Temple Gates Games made a virtual reality version of Ascension. And they teamed up again to make Shards of Infinity.

Shards of Infinity combines both strategy and customization, and it introduces the Mastery mechanic, giving players multiple paths to victory in a quick and cutthroat game. The digital version will have local pass-and-play, asynchronous multiplayer, as well as artificial intelligence opponents. 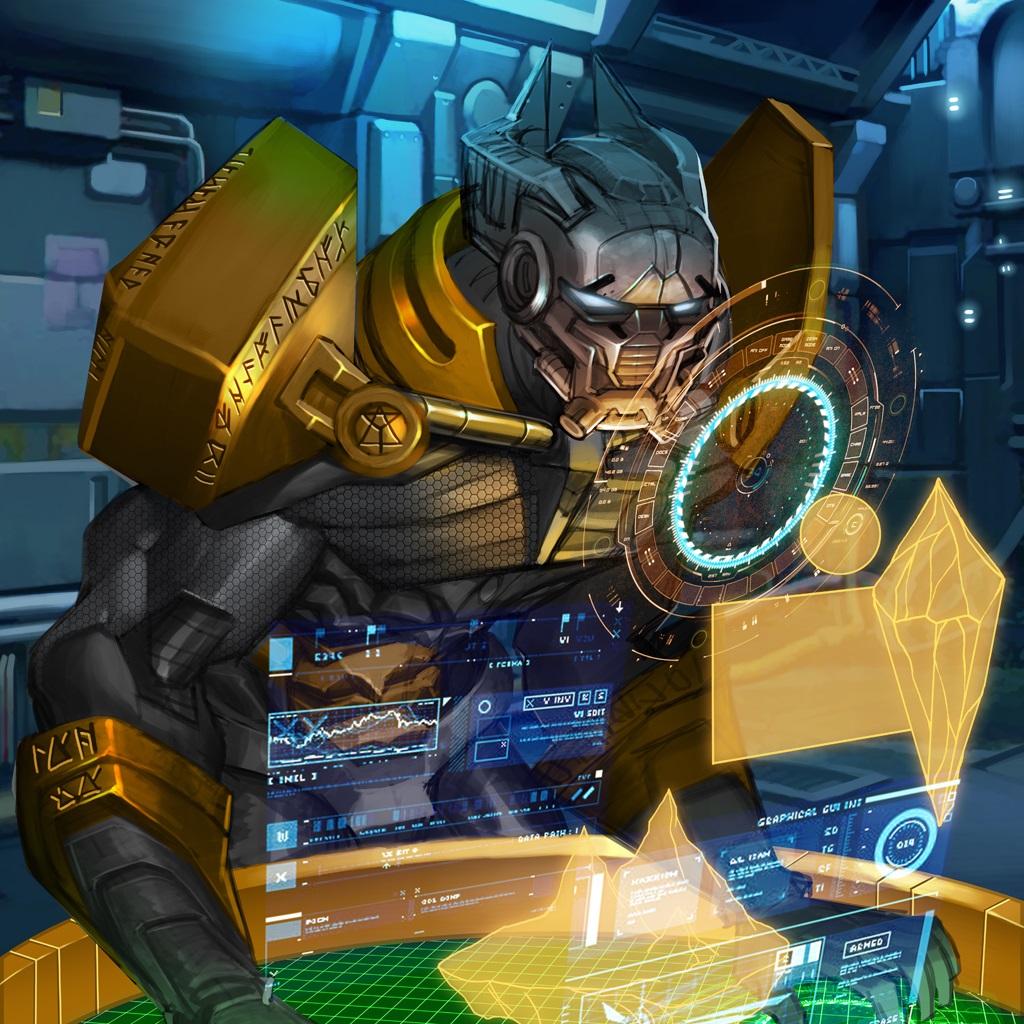 “Our job on the app side is to get out of the way of the board game, let the design take the stage, and communicate all important bits of information to the players, with immediate responsiveness,” Duringer said in an email to GamesBeat.

Temple Gates Games uses neural network technology to create formidable AI opponents. As the AI trains it will grow stronger to keep up with advanced Shards of Infinity players.

“There are a lot of things to be critical about right now, but one thing that is kind of crazy cool is that you can work on a creative project and take it to market without the huge corporate machinery,” Duringer said. “Which also means sometimes you can work on what you really want to work on.” 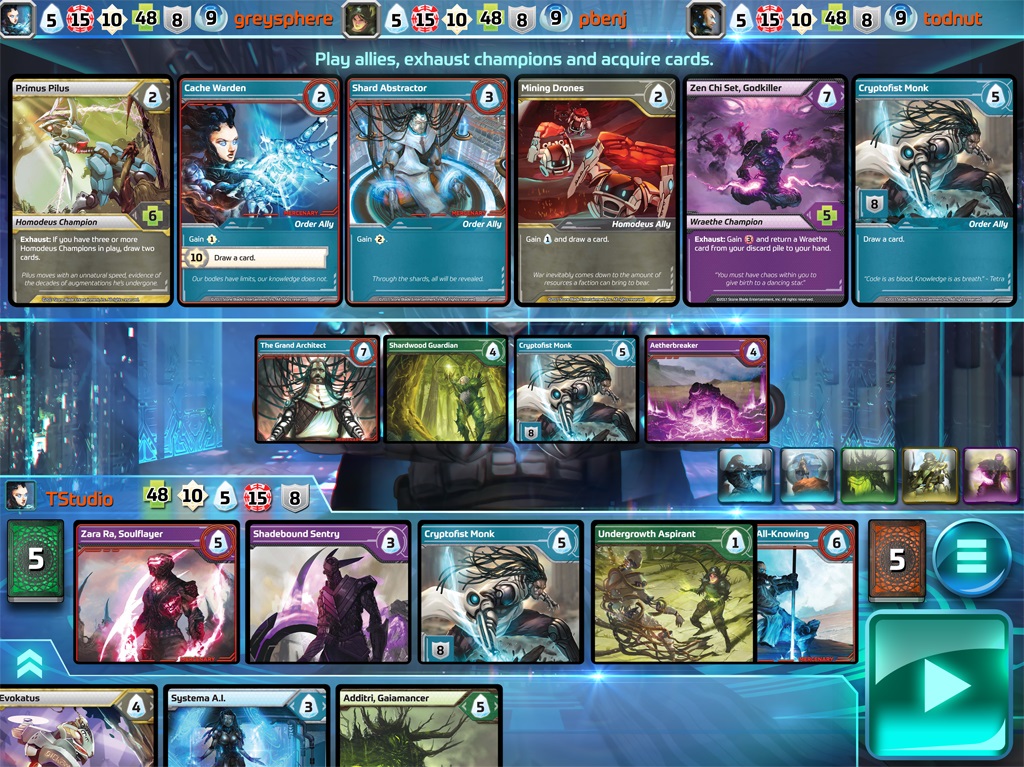 The game will be in beta form soon. Temple Gates Games will release expansions to the card game over time.

In the card game’s story, the Infinity Engine was shattered a hundred years ago and its reality-bending shards have destroyed most of the world. Now, it falls upon you to gather your forces, defeat your adversaries, and rebuild the Infinity Engine.

Two to four players can play at a time, with matches lasting 30 minutes.

Rather than competing for points, players must outlast their opponents and reduce their health to zero, which can be done in a number of ways. Each player starts the game with a basic deck of cards, and they can acquire new cards from a central display of six cards (as in Ascension) and add these new cards to their deck or use them immediately, depending on what they are.

Every character starts with 50 health and zero mastery. On each turn, you can spend one gem (aka, money) to gain a mastery point. The more mastery you have, the more powerful your cards become. This lets even the weak cards in your starting deck become more powerful as the game progresses.

If you reach a total of 30 mastery, you can activate your Infinity Shard, which instantly defeats your opponent. As you acquire new cards, you can employ allies and champions to craft your strategy. Mercenary cards can be added to your deck as in other deck-building games or they can be played immediately from the center row for their ability.

Temple Gates Games’ first mobile board game, Race for the Galaxy, has been a top seller in the board game category on app stores. The board game itself has been in the wild for over ten years and sold over a million copies around the world. 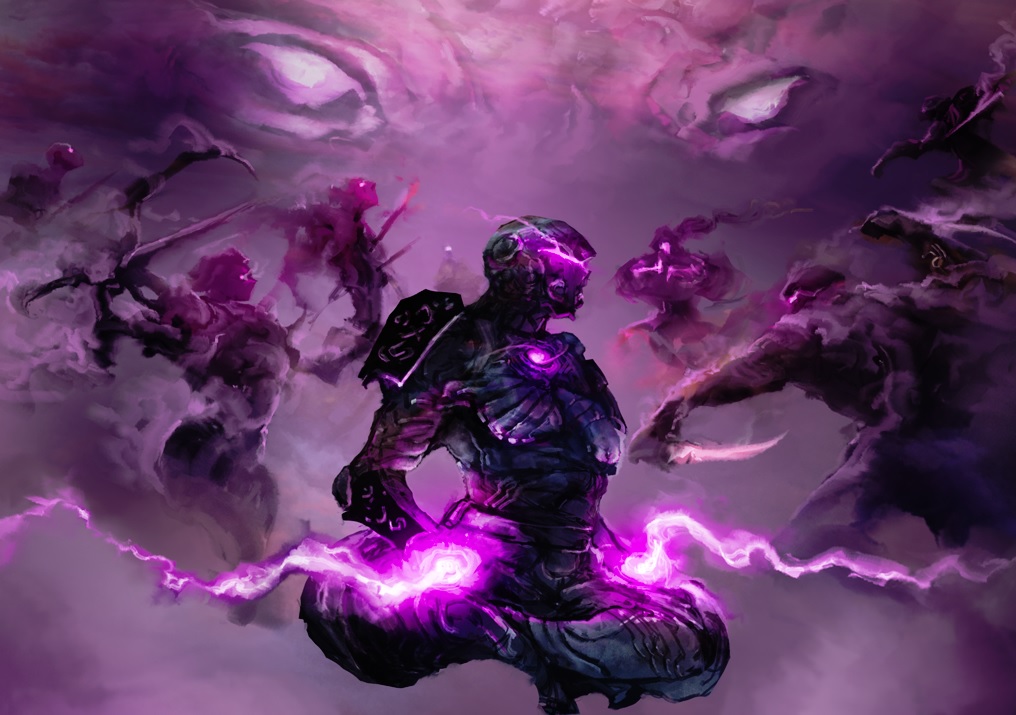 Above: Temple Gates Games takes about six months to a year to convert board games into mobile games.

To adapt board games, Duringer said the team targets a six-month to 12-month development cycle. Such bite-size projects helps reduce risks and keeps the team disciplined on scope.

“Ten, 20 years ago, a team like ours wouldn’t exist, without self-publishing tools like the app stores, Steam, and without smartphones that bring little computers to everyone’s pockets,” Duringer said. “But at this moment, this is something we can do.”