Cerny: Here are the constraints you operate under as a creator at Worldwide Studios.

Layden: First, best, or must. The game you’re working on has to fulfill at least one of the criteria, preferably too. First means creating a first-of-its-kind game — a genre that doesn’t exist, a market that hasn’t been actualized yet. Will your game do that?

That’s an obligation for us as first-party development. We’re not here to create games that steal market share from other publishers. Because we manage the platform, it’s not to steal pieces of the pie. It’s to grow the entire pie. If you create a new genre like Parappa the Rapper did — rhythm action gaming, who [knew] that would be a genre? Or SingStar, bringing in a microphone to your living room? And soon, coming out of our studios, a game called Concrete Genie, a new form of entertainment we haven’t seen before. If you can fulfill that, at a Worldwide Studios studios level, we’re interested in that project. 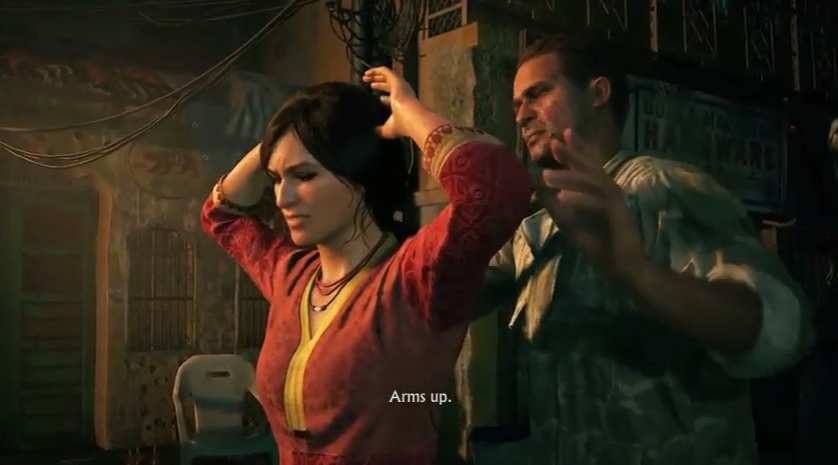 Above: Chloe gets searched in Uncharted: The Lost Legacy.

Must is probably the other thing that reflects our position as first-party development attached to the platform. There are some games we must do, even if initially the profitability might be hard to make. For example, an easy one for that is [PlayStation VR] games. When you’re trying to grow the PSVR installed base, how many units are in homes, it’s difficult for some third parties to look at that addressable market and get the business to work for them. But we need games to move the platform. It’s a chicken-and-egg thing. So, at Worldwide Studios, we took on a number of PSVR projects in order to support the launch of that platform and getting it off the ground.

Cerny: What about risk taking? Is it possible to go out with — we don’t say what we spend on these titles.

Cerny: Yes, well in excess of $50 million, I think everyone would agree on that. Is it possible to go ahead and spend that and not know the degree of market you’re going to have for that title?

Layden: It’s difficult. Back in the day, when games were costing $2 million or so, you could take 12 or 15 shots on goal to make five. But with the price of games going up two orders of magnitude, you’re looking at getting to take seven shots on goal to make five. You have to take smarter risks. You have to understand your market better. We do a lot of research about games before we create them — not only technically but market-wise. We have different stages throughout the production cycle where you have to decide to go or no-go.

Green-lighting is a tricky part of the business, but sometimes, red-lighting is the hardest part. You have to tell someone who’s spent a lot of time on something that it just isn’t working. You have to stand that down and do something else. We do, at Worldwide Studios, have a lot of scope for that kind of risk taking. It’s not one strike and you’re out. We’ll give you a chance to try new projects, too, even if the one you just had to stop working on wasn’t as successful as you’d like it to be. But it’s not for the faint of heart, that’s for sure.

Cerny: I think something like a quarter of the titles that you out there see, that isn’t the game that the team started making. Sometimes, at some point in the process, someone taps them on the shoulder and says, “Maybe you should think about whether or not you really want to take this to the end.”

Layden: Right. Because again, the cost of entry and the cost of continuation is so high. Sometimes, you have to take a huge write-off and move on quickly to the next thing. That’s true for all developers. That’s not specific to us. It’s everyone here. Every developer in this room knows what that’s like. We’re taking bigger bets. We’re spending a lot more money. It’s taking more time. More time just to get to proof of technology, proof of concept. You can get millions of dollars into the process before you prove that out. But still, games cost only $60. It’s a changing business model, certainly, for the games community.

Cerny: With 13 studios, how different is the process depending on the studio?

Cerny: Or how we’re getting to Dreams.

Layden: And how we’re getting to Dreams, yes. We’re cruising at altitude with that right now. I don’t think we have plans to announce around release dates, but I think we’ll hear more about that later.

Audience: Mark, how long have you been working at PlayStation?

Cerny: Yes, we say vintage. In games, this is year 37, which is pretty scary. 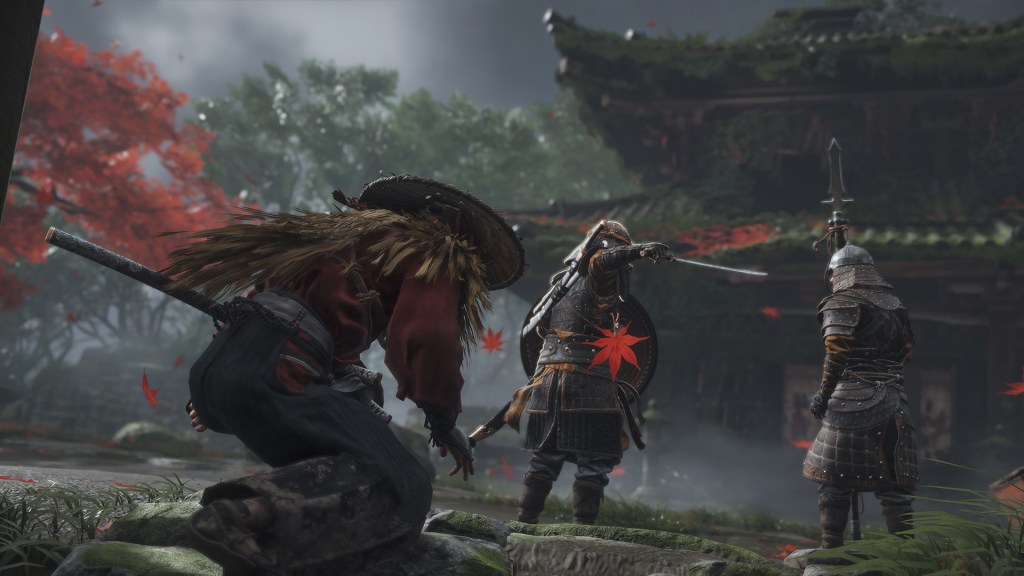 Above: Samurai combat in Ghost of Tsushima.

Audience: I was at E3 this year, and one thing that struck me is that you see very little of game creators talking about their games there. Do you think that maybe the industry can do more to spotlight the people who make games in connection with their projects?

Layden: In the States, I think, we do this thing in December called PlayStation Experience. PSX is more of a — we have some presentations, and then, we have a lot of panels where developers can come out and speak about their products and their games in more depth and detail. There’s more of this kind of activity happening as PSX. We were there last December, and it was amazing to see what was on stage. We had Cory Barlog from God of War. We had Hermen Hulst from Horizon. We had [Guillaume de Fondaumière] from Quantic Dream, and Shivam from Media Molecule. We had five, six, seven creators all there on stage, all coming from Worldwide Studios to talk about the triple-A games that they’re working on in more detail, more in this format.

Cerny: I think we’re seeing a bit of an evolution. When I started in games, in arcade games, back in 1982, not only were the creators not leading the story about the game, but we were forbidden to talk about our work. It was crazy. You’d work in a lab, and you’d create something like Asteroids, but you were forbidden by the company to ever mention publicly in any context — even to your family, if you read the contract — that you had anything to do with that game. As some consolation, you could put your initials in the credits. That was all you got.

That policy ended in 1983, thank God. I think we’re doing much better about bringing the creators forward. I think we still have a long way to go. It was wonderful to hear Ubisoft not only bringing their creators on stage at their press conference this year — I go every year. It’s a blast. But they’re even talking about involving gamers in the actual process of developing a game.

If you want to compose a piece of music for Beyond Good and Evil 2, if you want to create a character, they’re creating a pipeline for bringing gamers who want to be collaborative with their directors and their teams into the process. I think it’s going to be fun in the next 10 or 20 years as we figure out the logistics of how we can be more free and open about this process.

Cerny: It’s really shifting toward developer-driven PR. But it’s still true that a game’s creation is somewhat of a black box until that first E3 or until it goes on sale. It’s going to be interesting to see how that all happens differently in the future.

Layden: Especially if you have this sort of collective consciousness of game lovers and game creators working together.