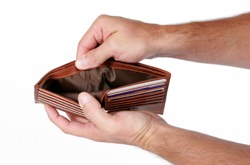 A new survey of more than 700 venture capitalists confirms that VCs’ plans for dealing with the economy are pretty much what you’d expect. (And by you, I mean me.) Most of them say they will invest in fewer companies, but many also plan to increase their funding for cleantech companies.

That’s from the 2009 Global Venture Capital Survey by Deloitte Touche Tohmatsu and the National Venture Capital Association. Like I said, the results are less-than-revelatory, but still worth noting for what they tell us about the mindset of hundreds in the venture capital industry. To start with, 51 percent of respondents said they planned to decrease the amount of companies they invest in, while only 13 percent said they plan to invest in more. It’s worse if you’re a young company looking for funding, with 36 percent of VCs saying they intend to move towards later-stage investments, and 6 percent saying they want to go in the other direction.

Also, 63 percent of respondents said they plan to increase their investments in cleantech — showing that NVCA President Mark Heesen might be correct when he predicts that cleantech could top venture capital in five years, despite the big drop in funding for the industry during the first three months of 2009.

Since the NVCA is a lobbying group for venture capitalists, the survey asked respondents what they think the government can do to support innovation. The top result? Implement “favorable” tax policies for entrepreneurs and VCs. 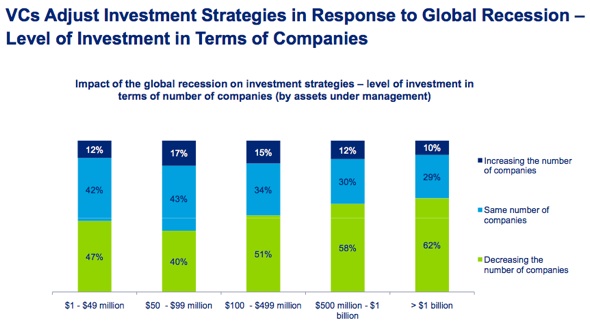