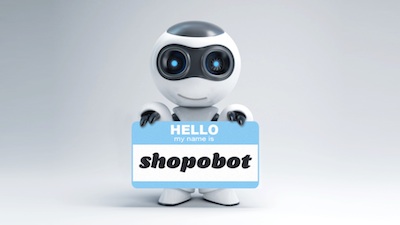 If you buy that shiny gadget now, you may be paying a lot more money than necessary. At least, that’s the message of a new startup called Shopobot.

The San Francisco company leaves private beta testing today, and it also announced that it has raised seed funding from Google Ventures, AOL Ventures and others.

Chief executive Julius Schorzman and head of product Dave Matthews told me that while it may not be obvious to shoppers, most online retailers do a lot of price adjustment and experimentation — in one week, the price of a product can change several times, fluctuating by as much as 20 percent. And Schorzman should know, since he used to work at Amazon. So Shopobot is collecting data about those changes and using that information to recommend the best time to buy.

Schorzman and Matthews said that they’ve been tweaking the interface so that data geeks can still dig into the numbers, while more casual shoppers aren’t overwhelmed. Ultimately, if you tell Shopobot what you’re looking for and when you’re looking to buy it, the site can give you a straightforward recommendation — buy (if the price is at the low end of its likely price range) or don’t buy (if it’s on the high end). If it’s a “don’t buy”, then Shopobot can send you an alert when the price gets good again. The idea has some similarities with SeatGeek, which recommends the best time to buy tickets for events.

For now, Shopobot is focused on consumer electronics, and it makes money through the referral fees from retailers. When I asked if there’s a chance those companies will eventually become hostile (since Shopobot is, in part, warning buyers away from their high prices), the Schorzman and Matthews said retailers have been friendly so far — and if that changes, the team has some other business models available as a backup plan.