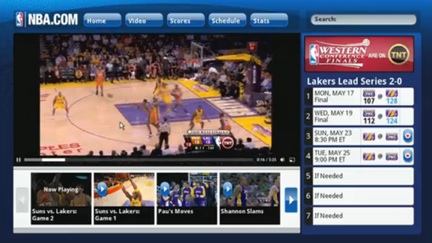 There’s little doubt that TV and the internet world will eventually merge, and Google and Apple are both making efforts in that direction. Devices based on Google TV are launching this fall, and Apple is expected to launch a new, stronger version of its Apple TV (now dubbed iTV) sometime next year.

It’s yet to be seen whether Google TV or iTV will succeed where others such as WebTV (now called MSN TV) have struggled, but if you happen to be one of those who plan on buying one of these boxes, and are wondering whether to buy Google TV now or wait a few months for iTV to come out, the following four criteria might help you make a better decision.

Fitting into your TV table. The home entertainment space is filled with several boxes. Consumers usually have a TV, a cable or satellite set-top box with DVR, a DVD player, and occasionally internet TV boxes such as Roku that let them stream video content from a variety of internet sources such as Netflix. Would iTV or Google TV reduce the number of set-top boxes you need?

Google TV aims to eventually become part of the TV itself rather than an accessory to it. In the short-term, however, most people are not going to replace their TVs with a newly launched platform.

Content. While both Google TV and iTV will offer additional content through the apps developed for their platforms, they differ in an important way.

Google TV aims to make it easy for consumers to search content across several sources such as cable TV or internet. (In order to truly search across all content such as that stored on Comcast’s DVR, however, Google will need to form additional partnerships). What that means is that if you want to augment the existing content with features such as intelligent search and recommendations, Google TV is for you.

iTV’s goal, on the other hand, is to replace other content sources such as Comcast, but until it is more successful in wooing studios to sell it their TV and movie content, it will be hard for iTV to replace your existing content providers. If you watch a lot of content via iTunes on your computer or are an avid user of iOS apps (or games) and want to project them to your TV, iTV might be for you.

Games. While there is huge momentum behind Google making Android a popular gaming platform, many consider iOS a better gaming platform. So I think iTV will be a better gaming “console” at least in the short term. One potential challenge would be to launch a remote that can do everything an iPhone can, such as sensing motion and direction. It’s not inconceivable that Apple will leave certain advanced control features to iPhone (or iPod Touch) users only and make the remote slightly limited, thus enticing users to buy yet more Apple products. The latter strategy seems unlikely though, as it would force users to buy a very expensive “remote” and could therefore backfire.

Price. The rumored price tag of $100 for Apple’s iTV is too low to sound true. Apple makes most of its money on the hardware and not content (for example, it sells songs at a low price to sell more iPods and not vice versa). True, it can take 30% of the money developers make, but that still probably doesn’t explain the $100 price tag. So either the rumor of $100 is wrong, or if it is indeed true, Apple realizes that the market is too attractive to pass up to Google TV.

Google TV’s price is also unknown at this point. Many analysts think that it will be between $200 and $300.

Final thoughts. While iTV’s specifications are still unknown, I think it’s fair to say that if you are an avid user of iOS apps or games, or consume enough content via iTunes, iTV might be worth waiting for. On the other hand, if you’re looking for a more integrated and better search experience across existing TV channels and internet, Google TV might be what you need.