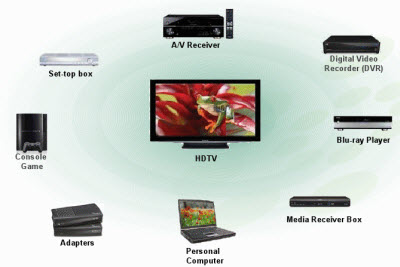 The largest U.S. TV maker, Vizio, will use SiBEAM‘s wireless networking technology in its flat-panel televisions to transfer video within the home.

This is a big endorsement — on the eve of the Consumer Electronics Show this week in Las Vegas — for the fledgling technology, since Vizio will build the wireless networking modules into its XVT Pro liquid crystal display TVs shipping in the summer.

The Vizio deal is important because it cracks SiBEAM’s chicken and egg problem. To be useful, the wireless modules have to be connected to both TVs and the source devices such as game consoles, Blu-ray players and other equipment. The TV makers have waited for the source companies to add the modules, and visa versa. It will still be some time before any wireless networking technology becomes a true standard, but SiBEAM’s news shows it is making progress.

SiBEAM has been shipping the technology since 2007 and it is one of several contenders to create high-speed wireless networking in the home. The wireless networking is faster than Wi-Fi, though it has a shorter range, and is able to replace wires that carry high-definition video from one device to another.

Best Buy, LG, Panasonic and Sony have been shipping products with SiBEAM’s 60-gigahertz wireless transfer chips. The chips can transfer data wirelessly at 10 gigabits per second, or many times faster than Wi-Fi. But the technology has a range of about 10 meters and doesn’t really go through walls.

SiBEAM leads a WirelessHD consortium trying to establish the technology as a standard. It competes with the WiGig Alliance, which is fusing Wi-Fi and 60-gigahertz technology, and WHDI, a standard supported by Amimon that uses 5-gigahertz technology. John Lemoncheck, chief executive of SiBEAM, acknowledges the different standards may be confusing for consumers.

“The WirelessHD standard is becoming a reality in the market,” said Lemoncheck.

Lemoncheck says four more consumer electronics makers will join Vizio in 2010, with products shipping in 2011 and 2012.