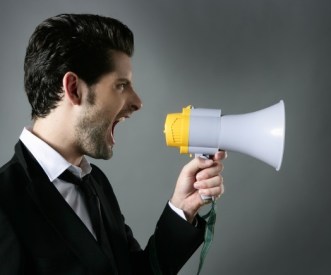 Silicon Valley proved me wrong. And I couldn’t be more thrilled.

I was skeptical last week that Silicon Valley would be organized enough to make a big impact on the discussion of SOPA and PIPA. But it did organize, and the resulting blackout across a number of key sites went a long way yesterday to get the message about SOPA and PIPA out to the public.

The most positive surprise was that Google came out aggressively against SOPA. Google reaches 87.4 million people a day in the United States, according to comScore. By contrast, the AFC Playoffs reached 34 million people; the top-rated series, NCIS, reached only 21 million. The Super Bowl is the only regular event that can reach as many people as Google does every single day.

The participation of Google and Wikipedia was critical to the widespread media coverage of SOPA. Wikipedia co-founder Jimmy Wales talked to CNN’s Erin Burnett to explain the fight against SOPA.

But yesterday’s push should be viewed as a beginning, not the end. Because technology is a relatively new industry, few people (including ourselves) understand how large an impact it has.

I was shocked to find that in about 2 years, the iPad already generates more revenue ($20.4 billion) than the entire home entertainment industry ($18.4 billion), including DVD, Blu-Ray, pay movies, online streaming and video-on-demand. 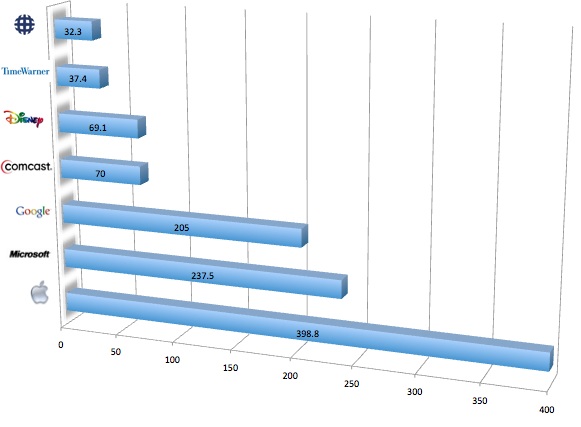 Above: Market caps in $billions

Yet our voice in Congress doesn’t reflect the disproportionate impact that the technology industry has on our economy.

Part of this is because we suck at playing the Washington game; equally important, however, is the fact that Hollywood is really good at it. The Motion Picture Association of America is headed by former Senator Chris Dodd, who said he wouldn’t become a lobbyist after he left Congress. He spent more time in Congress than Mark Zuckerberg has spent on Earth. Those relationships go a long way.

Although yesterday was an historic day, we can’t black out important Web sites every six months or even once a year.

Here are somethings we can do on a regular basis:

Perhaps the biggest impact of yesterday’s blackout is that other industries will realize our ability to mobilize.

The best way to defeat a bully is to show that you will stand up for yourself. We did that yesterday.