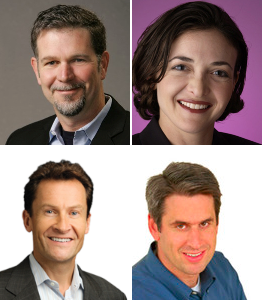 They’re among a dozen or so Silicon Valley personalities who’ve put money into Rocketship Education this year. Rocketship is a network of “hybrid” charter schools that put kids in front of computers for a large amount of the school day. Many in the education industry hope Rocketship’s model will prove Silicon Valley can disrupt (and make money in) the k-12 school system.

That’s a tall order, given more than a decade of poor returns in k-12 ventures. In fact, in 2009, Bill Gurley told me he wouldn’t invest in education anymore because there’s no market for it in the U.S.  That hasn’t yet changed. Regarding the Rocketship money, he clarifies that “this is a donation—not a VC investment.”

But Rocketship CEO John Danner is hoping he can convince investors to make bets, and not just gifts. “K-12 technology in particular has been one of the worst outcomes for venture capital,” Danner admits. “It’s really been miserable for startups to get any traction. One thing we need to do is learn how to make the distribution system a lot more frictionless. You can imagine a Netflix-like app store. I have a fair amount of hope that the distribution systems will decrease friction and make it easy.”

Danner hopes to demonstrate that the evolution of technology is transforming education into an industry where venture capitalists “can both do good and do well. Once we get there we will unleash an enormous amount of capital on the problem.”

Danner, who has roots in venture-backed tech as the founder of NetGravity, says that about half of the Silicon Valley personalities that put money into Rocketship were connections he made prior to starting the school. Netflix CEO Reed Hoffman, Benchmark managing partner Bill Gurley, and Skype CFO Jonathan Chadwick all fall into that category. Others, like Facebook COO Sheryl Sandberg, came later.

“She had a friend who had a child at a school, and it just wasn’t working out well for them. She found out about Rocketship … and was impressed.” Danner says there were openings for the grade-level and location of the child in question. Sheryl’s friend won a placement, “and from there, it was just an ask. Sheryl and her husband Dave are extremely generous people.”

“We need more models like Rocketship to demonstrate that current public funding can close the achievement gap nationwide for all students,” she said in a statement. “At the end of the day, all that matters is that all children can go to great schools — regardless of whether they are charters or district schools.”

Danner says the donations come with a lot of pressure. “It’s up to us to convert that… Otherwise, Silicon Valley will kind of say ‘yeah, well Rocketship didn’t really work out.’ They’re going to be looking at this long-term. Does it work or doesn’t it?”

So far, it seems to be working. According to test scores, Rocketship’s schools rank in the top one percent of all public schools in California serving low-income students.

Below is a list of the Valley entrepreneurs and venture capitalists that have made investments in Rocketship:

· The partners at Technology Crossover Ventures