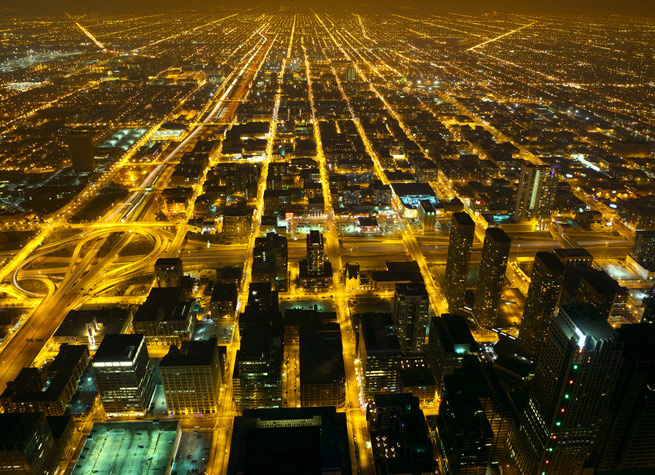 Smart grid business Silver Spring Networks took a huge step today with its debut on the New York Stock Exchange — and its stock jumped 29 percent over its IPO price.

The company sold 4.75 million shares, which is a million more than was originally allocated for the IPO. The move will raise the company $81 million in fresh capital.

Redwood City-based Silver Spring Networks sells various hardware and software networking technologies that are meant to give utility companies more reliable and efficient results in energy usage. It also offers up hardware that can transmit consumption data between meters, consumers, and utilities.

Chicago at night via dibrova /Shutterstock