The competitive picture and Arm’s outlook 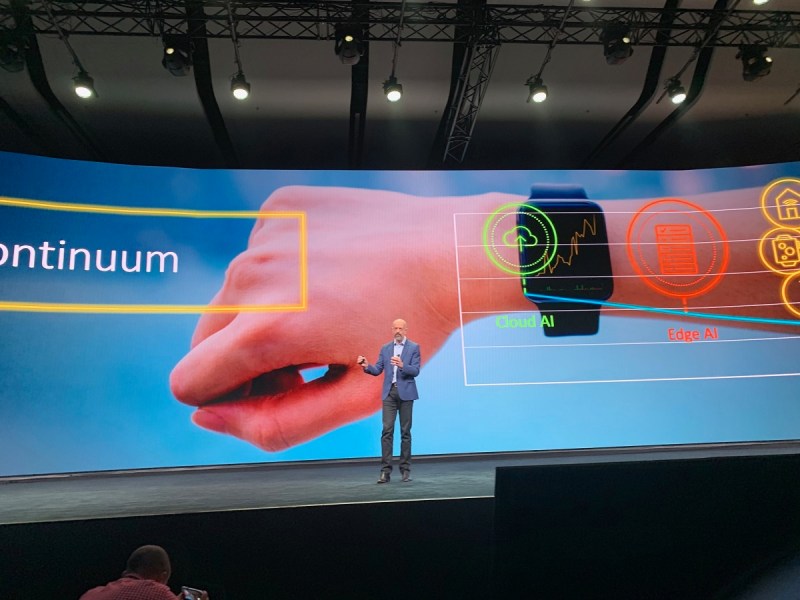 Above: Sensors will be everywhere.

Question: What do you think, in general, about some of the push some companies have, like Apple, to go vertical and depend less on anybody else? They have a pattern of building everything in-house. What are the consequences of that for you and for the market?

I think the merchant semiconductor market has a pretty good future ahead of it. As I just said, developing these chips is incredibly complex. It takes a lot of time. You don’t just decide to go and do this. But we are seeing some companies pick up chip design teams and start to work where they see some opportunity to innovate and differentiate.

I’d say most that we know of are looking to license our technology in order to help them get there. Many of the teams being picked up have experience of using Arm. Typically people are building quite sophisticated things where the breadth of our IP offering, the quality of what we do, the support that we can provide, is really useful to people as they look to build these complex systems.

This, to us, expands our market, expands our customer base, gives us different people to go and work with, people our building end systems, which is in itself a useful source of input to help drive our road map. It’s a trend, and it’s one that we’re looking to work with and engage with.

Question: I wanted to check in with you on some numbers, like when the next 50 billion chips ship and when you get to that trillion IoT devices. Are there any timelines or changes to timelines there?

Segars: No. As I said this morning, we’re on a run rate that predicts about 50 billion chips in the next two years. We’ve previously said a trillion connected devices by 2035. At the moment we’re seeing the industry dip a little bit because of everything that’s going on in the world, but I think — the 2035 number might be wrong by a couple of years, but ballpark, that’s what we anticipate.

Question: What about the singularity?

Segars: What do you think?

Question: I don’t think you like talking about that as much as some people. 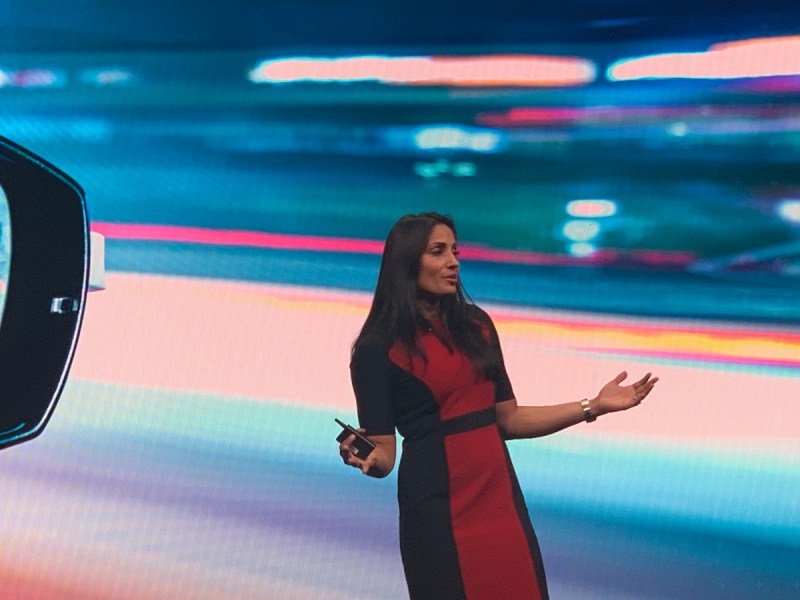 Question: This is more prosaic. What do you think of the future of Arm in the clients?

Segars: Windows Arm laptops, obviously there was phase one, or let’s call that phase zero. The phase we’re in now — actually, I think the last two years, that was phase one. Your Lenovo device there is really good. That’s a great machine, running Windows 10. I’ve been using this for a while. It does everything. The battery lasts a really long time.

The new version that just launched, the Surface Pro X, frustratingly enough I haven’t had a chance to play with that yet. But knowing what has been coming down the pipe, I think that’s going to be a great platform. Hopefully it’s going to rule the market for Windows running on Arm processors, following those designs. That’s great.

Question: Have you reached a critical mass there?

Segars: Time will tell. But Microsoft building a first-party device, I think — they’ve done a lot of work on software, to the point where in a blind test, other than the lack of stickers on that thing, you couldn’t tell. And similarly, in the datacenter, a lot of work has gone into getting processor performance and the software ecosystem going. It’s the same thing. It’s about hardware and software coming together, to the point where chips can be deployed in the data center. Amazon did that last year. That’s gone very well. We’re expecting a bright future for that, and we’re expecting others to come into that market.

Segars: And PG&E is going to switch off half the electricity in Silicon Valley. The keynotes tomorrow might not be so visually appealing. I mean, Moore’s law aside, I think that the deployment of IoT and the AI processing of data can do a lot to help with some of the issues of climate change. We’ve been a believer, and publicly outspoken, on the role that technology can play in addressing all of the U.N. global goals, whether it’s to do with climate change, quality of water, education, whatever. If you look across the global goals, technology can help with all of them.

There’s a lot of inefficiency. This thermostat cranking out freezing cold air when we’re all not enjoying it — a wall switch would help here. But there’s really a lot of inefficiency in the world. There’s low-hanging fruit here that doesn’t take much to address. We have the technologies we need for that now.