Segars: We don’t hear that so much nowadays, no. Maybe a dose of reality about how hard this is has settled in.

Question: Where’s the sweet spot for you in that arena? Clearly there’s full autonomy, stage five or whatever you call it, and then these other stages. Do you want to position the company in the lead-up to full autonomy, or do you see the most opportunity elsewhere?

Segars: We think about time frames. Arm technology is already used in a lot of automotive electronics. High-end cars have a couple of hundred microprocessors in them. Not all of them are Arm, but many of them are. We have great positioning in IVI, and we’re increasingly in more and more ADAS systems. We anticipate ADAS systems getting more sophisticated with every generation. Through our partners we’re in a great position. We have a technology road map and our ecosystem to deliver into that. I expect more Arm technology to be shipped into or through the conventional supply chains of automotive than there is now.

Meanwhile, you have people coming at this autonomy challenge from the other end. Forget all that, let’s put a rack of servers in the back of a car and write a boatload of software and work out how to do it, and then we’ll scale it. We’re working with both ends of that. They’ll meet in the middle, probably, but we’re working on both ends of it. The near term opportunity, we have more Arm technology improving cars that get safer and safer. That’s good. And we have an eye on this long-term prize.

Question: Are you confident that it will happen, that it isn’t just one of these flying-car things that we’re always seeing the day after tomorrow?

Segars: Yeah, I look at the focus on it, the progress being made. There are many cars out there that can drive themselves — not in all circumstances, but in a lot of circumstances. You can do it. Like all things, there comes a point where you get into optimization. I don’t think we’re quite there yet, but when I look at the progress being made, it gives me confidence that it’s going to happen. 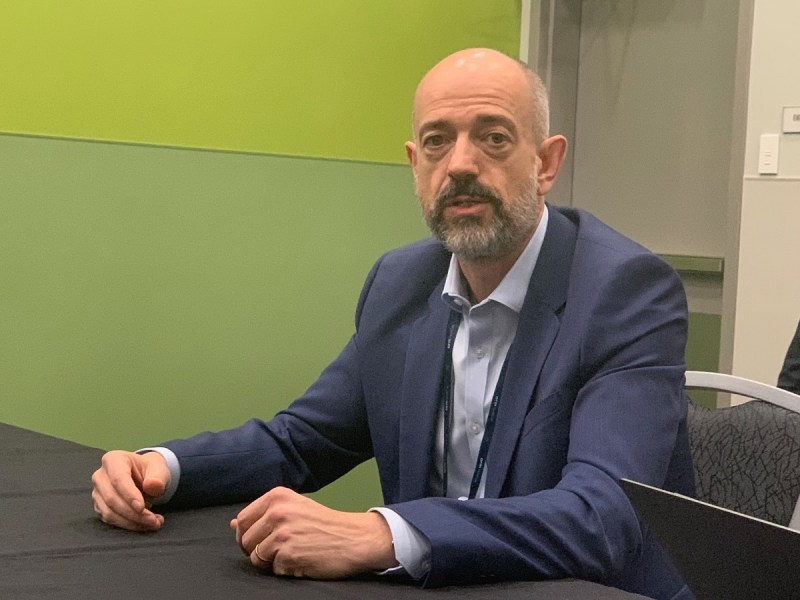 Above: The beard is about two months old.

Question: Last year you said you had a surge in hiring after SoftBank acquired you.

Segars: Yeah, we hired a couple of thousand people.

Question: Where are you today? Are you hiring more than just a year ago?

Segars: Yeah, we’ve grown in the last 12 months. Total number of people in Arm is about 6,500, and we’re continuing to grow. When SoftBank made the offer to acquire Arm, there was a commitment made to double our U.K. headcount over a five-year period. We’re three years into that, and we have about 1,000 more net people to hire into the U.K. to meet that objective.

Question: What areas are you hiring into?

Segars: Broadly, our sales team is relatively small. There’s about 150 people in the Arm sales team, because there aren’t that many semiconductor companies. We know them all really well. The majority of the hiring we’re doing is in engineering. That’s our life’s blood, the IP we create.

Question: How is Brexit for you?

Segars: How is Brexit for anyone? Our concern — Brexit actually doesn’t affect our business very much. We don’t export physical things. We’re not worried about border controls messing up exporting things. But for us, consistently, we’ve always said that the risk of Brexit for us is in the ability to hire people from all across Europe to come work for Arm in the U.K., which we’ve done extensively over the years. We hope we’ll continue to be able to do that.

Question: Does the threat of trade war between China and the U.S. also jeopardize that talent pool? China produces a hell of a lot of engineering talent that comes through these days.

Segars: That’s not really changing our ability to hire, say, Chinese graduates into the U.K. It causes immigration challenges in the U.S., of course. But Brexit doesn’t affect that. It’s more that right now, as you know, if you’re a European citizen you can go and work in any country in the EU the next day. If we have to suddenly go through extensive visa processing to hire people in, that’s a delay, and that always affects things.

Question: Are you balancing your operations from an engineering point of view because of any restrictions that could be placed on U.S.-based companies?

Segars: No. We have a number of teams in different offices around the world. We take a long-term view on that. You don’t just uproot in one place and put it down somewhere else, because it takes a long time to develop the skills and the talent and the experience you need. We’re not about to make any radical changes. 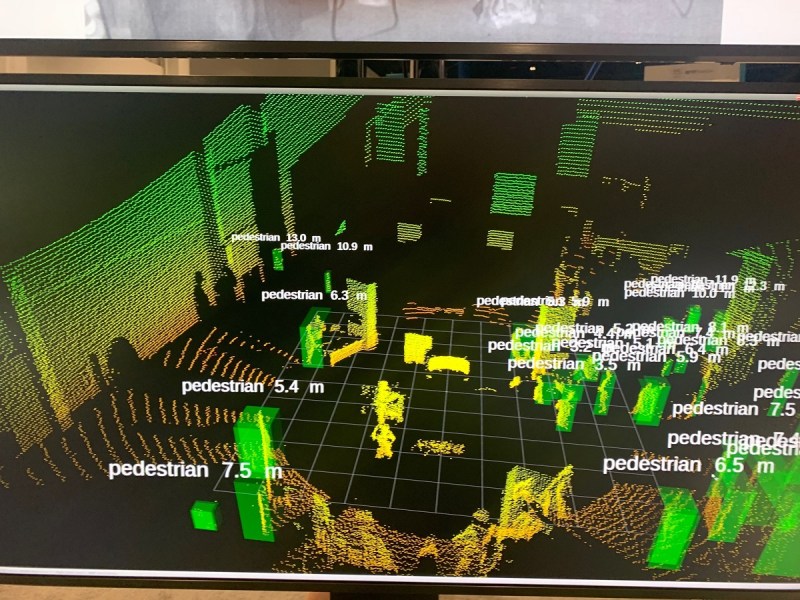 Question: I would ask a bit about the flexible terms and whether that’s going to push customers to negotiate with you at a different time. If I think from a customer perspective, I pay you a very modest fee to get started, but when it comes time to really negotiate the final royalty on a per-chip basis, I’m already committed, which creates a different position than if I were negotiating both of those things up front in a discussion about licensing and royalties. To bring that up a few levels, if that program takes off, do you expect it to have an impact on the kind of royalties you get? Do you think they will be higher on net, especially given that these are smaller, cheaper chips that we’re talking about? Sometimes as much as just 50 cents a chip.

Segars: Well, we make chips that sell for even less than that. Net, I’m not really expecting this to change the fundamental economics of the access to the IP, or the royalty per chip that we get down the road. If you’re implying that the point we’re negotiating, someone is completely committed, and therefore we might take that as an opportunity to charge more, we would never do such a dishonorable thing.

We’re trying to encourage people to use more of our IP, design more variants of chips, and enable flexibility in the way that they access our IP, to make sure that the thing they end up taking out of that factory is optimized for their application and they’re not making some decisions based on paper simulation of what they’re doing. It’s actual system design that they’ve gone through.

Price-wise, we operate under the assumption that it’s make versus buy, that there will always be choice, and if we charge too much for what we do, then ultimately people are going to find alternate solutions if it’s beyond the threshold of pain. If we make people’s chips uneconomic, then they’re going to find different ways to design the technology.

Question: Is part of the program a pricing plan, so that people know exactly what they’re buying into?

Segars: You get a price in front. There’s going to be no surprises. It’ll be transparent.