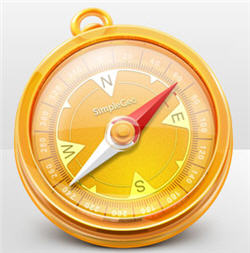 SimpleGeo is a Boulder-based startup now beta-testing its line of software development tools, cloud storage, and other must-haves for mobile application developers who want to easily build location-based services into their apps. The firm has gathered a $1.5 million first round of investment from familiar names in the Valley VC world.

Galligan says people unfamiliar with the details of location-based app development underestimate the value of software tools for developers. “We started the company in May to build location-based games,” he said in a phone interview. “It took three months to build a prototype.” The problem was the lack of a location-centric developers’ kit with APIs and services. SimpleGeo’s programmers had to build their own. After re-examining the landscape, the company decided that buffing up and selling its in-house tools to other game makers would be a more profitable, more reliable business than making games. (I like to remind people about Portal, an Internet service provider from the first Web boom that got super-rich by changing course to sell its own billing system to its competitors.)

A typical layperson’s take on location-based apps is this comment on TechCrunch: “Does this have a future? It doesn’t seem that hard to include geo data in apps/sites, people seem to do it all the time.”

I asked Galligan to respond to that comment: “Location-based devices only provide a latitude and a longitude, sometimes an altitude,” he said. “What they don’t provide is a ZIP Code, city, state, county, weather data, messages and photos posted near the site. They don’t provide business listings, Wikipedia entries, census data (for demographics), articles written or posted near the location,” all of which SimpleGeo does. For example, a location-based game set in San Francisco could accurately display its players gleaming in the California sun, or obscured by Golden Gate fog, based on the real-time weather data from around town.

Also, storage of geodata for an application requires lots of available, scalable space, the company learned. “It’s not just algebra, it’s geometry, tracking a three-dimensional space plus all the info on what’s around me,” Galligan said. In plain English, he means location info is more complicated than most online data and thus eats more disk space faster. SimpleGeo offers a solution that promises to let developers build location-based apps without having to think about the details of storage.

The company is still testing its tools in a private test program. The big unwrapping is scheduled for the first quarter of 2010.