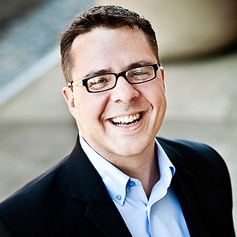 The rumors are true: Urban Airship has acquired SimpleGeo.

Both companies focus on developer’s tools for cutting-edge mobile technologies. SimpleGeo is a platform for location-based mobile apps, and Urban Airship powers all kinds of mobile tricks, including in-app purchasing, push notifications and more.

“We are confirming that Urban Airship has acquired SimpleGeo in an all-stock deal,” a company spokesperson told us via email. The companies will now operate jointly under the Urban Airship name, and for current SimpleGeo customers, the SimpleGeo products will remain operational and will continue to be offered along with Urban Airship’s other technology products.

The deal was reportedly worth $3 million, a substantial discount given that SimpleGeo had raised $10 million to date. The companies did not confirm the dollar amounts.

“It was in the back of our minds when we did the partnership in July,” said Urban Airship chief executive Scott Kveton (pictured above) in a call with VentureBeat this afternoon, referring to a co-branded product roll-out the companies started working on over the summer.

“We had a really candid conversation, and the engineering teams were culturally and technically a great fit,” he said.

“As we worked together to offer integrated offerings, things got really exciting,” SimpleGeo CEO (and former Digg CEO) Jay Adelson wrote in a company blog post this afternoon. “It became clear to us that together, we could create services much, much bigger than just push notifications and location.”

The combined companies also stand to increase their market share a lot more than they could have separately.

Kveton spoke a little bit about the company’s future plans, without giving away any major details about next week’s big product launch (stay tuned for more on that).

“Now what we’re doing is putting together a roadmap,” said the CEO. “We’re gonna be around for a long time, and we’re not gonna pull the rug out from under anybody in terms of services that are being offered … We will be making some announcements next week on the product side — very exciting stuff that our customers have been clamoring for for quite some time.”