In Star Trek IV, Scotty picks up a computer mouse and speaks into it, trying to get the machine’s attention. “Computer! Computer!” When nothing happens, someone tells him to use the keyboard. “How quaint,” is his bemused response.

You might feel the same way in 10 years, if someone hands you a computer without a voice interface. That’s because we’re on the verge of an explosion in interactive, interpretive computer voice control.

“The technology is just beginning,” said Norman Winarsky, the head of the venture arm of SRI, a legendary Silicon Valley think tank. “This is real artificial intelligence and real technology.”

Winarsky was talking to me about Siri, the voice-commanded assistant built into the iPhone 4S and the most impressive part of Apple’s product introduction on October 4. With Siri, you can speak to your phone and ask it to read your most recent messages, make an appointment on the next free spot in your calendar, tell you what $50 amounts to in euros, or point you in the direction of the nearest pizza parlor. You can even give it instructions like “Remind me to call my wife when I leave work,” and because Siri knows both who your wife is and where you work, it will do so, prompting you to call the correct number when you start to leave your office building.

Siri originated at SRI, and it’s just the tip of the iceberg, Winarsky told me. He expects many similar “virtual personal assistants” to emerge in the near future. (He recently called Siri’s launch a world-changing event.) 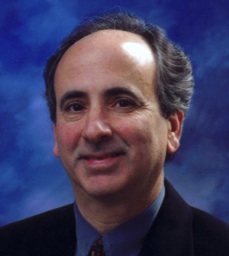 “Your virtual personal assistant is going to evolve rather rapidly,” Winarsky said.

Siri is more than just a voice dialer or voice command system; it’s built upon an artificial intelligence engine that allows it to interpret what you’re saying, deliver relevant results from various applications and online services, and even engage in rudimentary conversations with you.

Although researchers have been working on artificial intelligence for decades, it hasn’t produced particularly impressive results until recently. One of the reasons that Siri is able to work effectively now is that the iPhone has sufficient processing power and memory onboard, and it has a reasonably fast wireless connection to online resources that it needs to access to provide relevant answers. In a way, like Marvin the Paranoid Android in Douglas Adams’ The Hitchhiker’s Guide to the Galaxy, Siri actually has a brain the size of a planet.

The technology is not likely to remain an Apple exclusive for long.

Siri came out of a DARPA-funded, $180 million, five-year research project called CALO that was led by SRI. Other institutions were involved, including MIT, Carnegie Mellon, Stanford and Berkeley. As the research project wound up, SRI began considering how it could spin the technology out into a commercial venture, as it does with many of its most successful research projects.

Siri was spun out from SRI as an independent startup in January 2008, with venture funding led by Gary Morgenthaler of Morgenthaler Ventures and Sean Carolan of Menlo Ventures. A second round of funding brought in Solina Chau of Horizons Ventures. In February, 2010 Siri launched its first product, an iPhone app, and then in April of the same year Apple acquired the company. (The terms were not publicly disclosed, although Silicon Valley buzz had it that Apple paid more than $200 million.)

Winarsky was careful to emphasize that he has no insight into Apple’s product plans for Siri or for any developments to the technology that have happened since Siri disappeared beyond Apple’s event horizon in early 2010. However, he has a good sense of Siri’s background and the potential directions it could take.

“Apple has the ability to use that interface across all its apps,” Winarsky said. So while Siri is integrated into the messaging, calendar and email apps, Winarsky thinks it’s reasonable to expect that Apple will also integrate it into music and movies, adding a layer of personalization so that Siri begins to learn your preferences.

Moreover, it could work with any Apple device. Right now it’s restricted to the iPhone 4S, but when Siri launched, it was running on the iPhone 3GS, which means that, in theory, any current device could support it, including the iPhone 4, the iPad, and for that matter the MacBook Pro and MacBook Air. The result might look a bit like the “Knowledge Navigator” that Apple confidently predicted in a 1987 promotional video.

Eventually, Winarsky hypothesizes that Apple will provide a Siri API (application programming interface) so that app developers can make their own apps interact with you through Siri’s voice-controlled dialogs.

Expect other companies to develop virtual personal assistants as well. Google has already implemented voice-recognition and voice-command capabilities into Android, called Voice Actions, although with a more restricted vocabulary than Siri. But you can bet that Google’s engineers aren’t going to take this challenge lying down.

Meanwhile, SRI has already created a second spinoff company based on CALO research called Trapit, which monitors web sites and news feeds to deliver content to you based on your preferences.

Another company I spoke with, Expertmaker, is also using artificial intelligence to produce better search results and help people find what they want on very large e-commerce sites.

“This is fertile territory. No one can capture AI any more than they can capture math or physics,” said Winarsky.

Winarsky has a vivid imagination for the kinds of tasks that virtual personal assistants could accomplish. For instance, they could be used in airline call centers. Instead of talking to human operators or navigating painful interactive voice-response menus, you could ask something like “Get me a flight on United from San Francisco to New York, in business class, at about 3pm tomorrow.”

It could respond, “There’s nothing at 3pm, how about 4pm?” And if you replied, “4pm won’t work, but 2pm would,” the system would understand enough about the context of the conversation to make the booking.

Similarly, VPAs could act as life coaches. You might crave a grilled cheese sandwich and ask a nutrition app on your phone for advice on whether your diet permits that. It would be able to give you the estimate of the number of calories and suggest that, if you eat the grilled cheese now, you might need to skip dessert after dinner tonight.

Let’s hope that doesn’t give Siri a complex, when we use her vast brainpower to solve ridiculously mundane human problems.

Note: Last week, Apple cofounder Steve Jobs passed away. The news hit me harder than I thought it would, even though we’d all been expecting this moment. It turns out that I have a huge debt in my heart for the man who helped create the Apple II, the Mac, the iPhone and the iPad. So, this week I’d like to point you to a few of VentureBeat’s tributes to this legendary icon of Silicon Valley, who we will all miss.

And finally, I’d like to point you to a heartfelt tribute video produced by Wired’s Gadget Lab, in which Wired staffers (and former staffers, including me) talk about what Apple and Jobs meant to their lives.