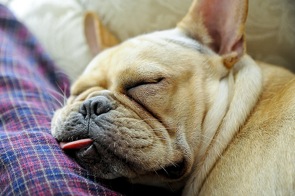 Blogging company Six Apart has acquired micro-blogging startup Pownce for undisclosed financial terms. It looks like one of those acquisitions where the buyer was more interested in the people than the product — the Pownce service will shut down in two weeks.

The San Francisco startup was the brainchild of Digg founder Kevin Rose, Leah Culver and Daniel Burka (also a Digg employee). It’s a micro-blogging service kind of like Twitter, but it allowed users to share much more than brief messages, including embeddable photos, videos and mp3s. Despite those advantages, Pownce’s traffic stalled while Twitter’s skyrocketed, according to data from Compete.

Pownce is probably the second-best-known micro-blogging service around, and its disappearance should solidify Twitter’s supremacy. Of course, Twitter’s challenge has less to do with trouncing the competition and more with making money and attracting users outside the tech crowd — now that it finally appears to have solved its reliability problems.

Culver and Mike Malone, who were Pownce’s main developers, will move on to similar roles at Six Apart. Though Pownce won’t be a part of Six Apart, you can be sure the two will be working on something related to the “rebalancing” effort that Six Apart chief executive Chris Alden mentioned when he explained why he was laying off 8 percent of the company.

Rose and Burka will stay on as advisers to Six Apart.

In the meantime, Pownce says it created export tools so people can send their archived updates to blogs and elsewhere. (Go here to generate your export file.) That’s a nice gesture, but it’s hard to imagine Pownce users will be happy about this news, especially with a relatively short window before the service shuts down. Particularly bummed out will be users who paid for a pro account — Pownce says it will email them with more info soon, so let’s hope they get their money back.

Pownce briefly went down last month, with an announcement accompanied by a photo of a French Bulldog. Looks like the bulldog will be taking up residence permanently.

Find out more on the Pownce Blog and Six Apart’s Blog.

Update: Pownce has just sent out an email to users explaining the shut down and directing Pro account holders to a special page on Six Apart. It looks like Pownce Pro users have two options if they wish to use Six Apart’s services: Get a free Vox account or a free year of TypePad Plus (a $90 value).

Pownce community manager Ariel Waldman also said in a comment below that “Pro users will have the option to receive a pro-rated refund.” More information on that at the bottom of this page.