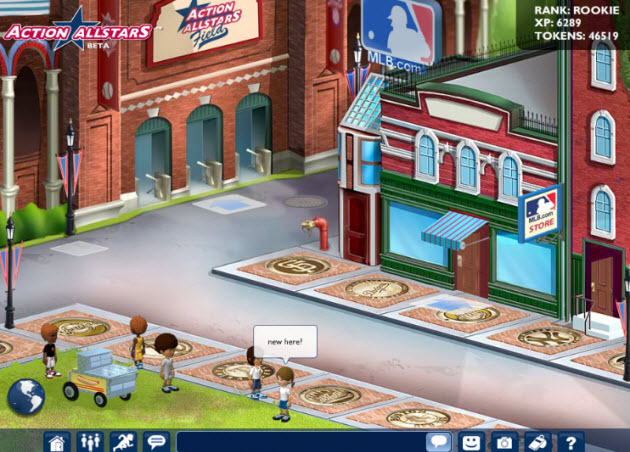 Online sports is always a good bet. That’s why Six Degrees Games has raised $7 million in a second round of funding in a deal led by Time Warner Investments.

The Marina Del Rey, Calif.-based company runs an online sports game web site, ActionAllStars.com. The company will use the money to expand its growth in sports entertainment and enhance its internal development capability.

The company lets players create their own sports athletes and enter them in competitions. Since the company launched its site in December, 2008, it has grown to more than a million unique users a month, said Minard Hamilton, chief executive, in an interview. Like rivals such as QuickHit, the goal is to build an online sports empire before video game giant Electronic Arts wakes up and invades the space.

Six Degrees has official licenses from partners such as the National Basketball Association and Major League Baseball. Now there are more than a million new athletes created every month. The site now has 14 games that target older kids and teens. Players start as amateur athletes and work their way up through five levels to become All Stars.

Hamilton started the company in 2007 with Ben Jones, who worked with Hamilton at Jamdat Mobile, which was bought by Electronic Arts in 2006. They had worked to secure deals with sports companies such as ESPN to use their brands in mobile games. Hamilton also served as a general manager at ESPN.com from 1999 to 2001. They started the sports game site because they felt no one was targeting older kids and teens with sports interests online.

At the new company, they were able to leverage those relationships and cut deals allowing the use of the NBA and MLB brands in their games. In the coming week, the company will add micro-transactions to its site, allowing players to challenge each other and customize their characters. The company plans to sell items to the players.

Other investors include Clearstone Venture Partners and Prism VentureWorks. To date, Six Degrees has raised $14 million. Both participated in the new round. The company was founded in 2007 and has 20 employees. Rivals include sports game sites such as QuickHit, UpperDeckU, Electronic Arts and NFLRush.