Skype today updated its Windows Phone app with new features and performance improvements. You can download the new version now directly from the Windows Phone Store.

The biggest addition in Skype 2.24 for both Windows Phone 8 and Windows Phone 8.1 is the new drawing tool, a feature that has arrived on Microsoft’s mobile platform first. To draw a picture, tap the “+” icon in any chat window and select “drawing.” You can also draw on top of photos as well as annotate Bing maps. 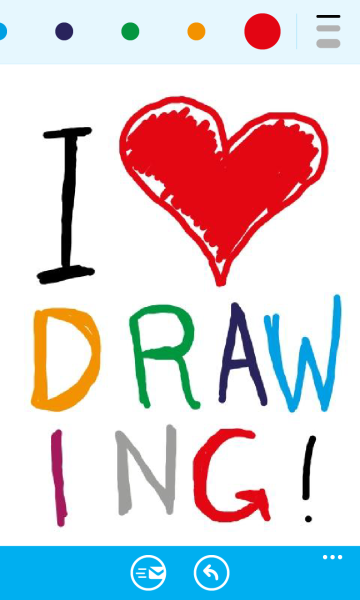 Next up, the Microsoft-owned company has finally added HD screen support. If you have a Windows Phone device with a high-resolution screen, Skype will now take advantage of it.

As for the speed boost, the app now resumes faster on Windows Phone 8.1. Skype wouldn’t share exactly how much the resume time has been cut down, so you’ll just have to take the company’s word for it.

Also on Windows Phone 8.1, you can now automatically sign in using the Microsoft Account linked to your phone. This isn’t a performance boost per se, but it should speed up the overall process of launching Skype.

Last year, Skype began requiring a Microsoft Account for its apps, asking users to merge their credentials. Now, after users asked for the flexibility to sign in with their Skype account, the option has returned to the Windows Phone app. You’ll still need to link your Skype account to your Microsoft Account, but you can instead use your (hopefully shorter) Skype name to sign in.

This is the problem with major acquisitions: Many of the resulting changes are still being worked on years after the ink dries. That being said, Skype has come a long way with Microsoft as its parent company, and from what we’ve seen recently, overall it’s been a boon for both parties.