Nine months after Skype revealed it was making group video calls free for Windows, Mac, and Xbox One users, the feature is now being made available gratis on TVs too.

Skype has been available on Samsung TVs for a while, but the group video chat feature has hitherto been absent, even for Premium subscribers. With the launch of Skype 4.0 today, anyone with a compatible Samsung Smart TV with built-in camera can now access the service for free.

Group chat on TV appears to have a three-person limit, however, as the Skype blog post refers specifically to a “3-party group video call.” This doesn’t seem all that much when you consider the desktop version allows up to 10 people. 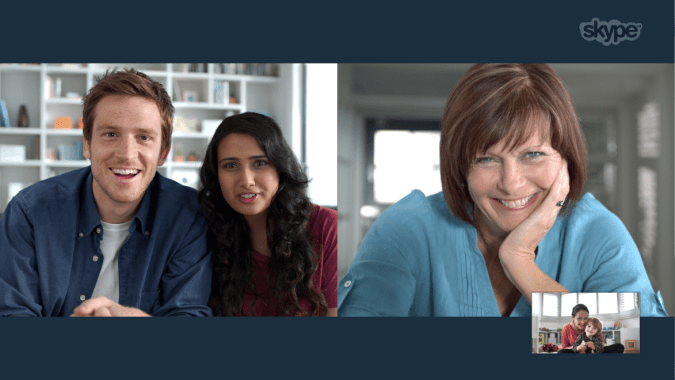 Interestingly, Skype will also be made available in full HD (1080), though again all parties must have compatible HD screens, cameras, and the latest version of Skype installed.

Google+ Hangouts has offered free group chats for a while, so it was inevitable that Microsoft would start offering the feature across its myriad of platforms too. Though Skype now offers free group chats on desktop, console, and TV, there is still one glaring omission here — mobile.

Skype previously revealed it would be rolling out the free offering for other platforms, so it’s likely that smartphones and tablets will be added in the foreseeable future.