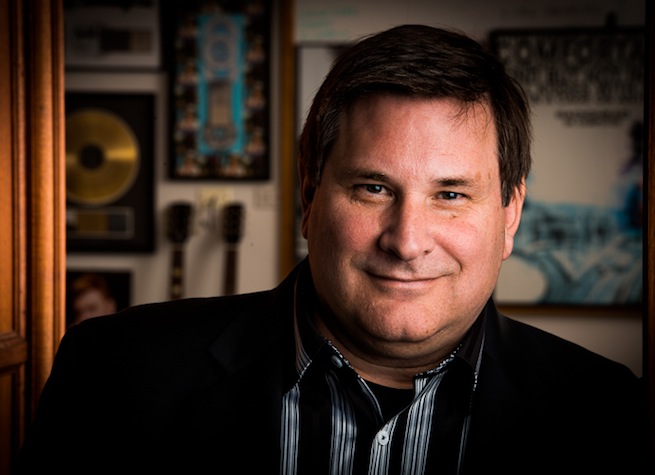 Over the last few months, Slacker Radio has made some big moves to step outside the shadow of rival smart radio service Pandora — and it’s doing so with some help from Pandora itself, according to Slacker Radio CEO Jim Cady.

“We’ve been able to monetize users with free accounts without placing limits on how many hours you can listen to radio content before getting capped,” said Cady in an interview with VentureBeat. He’s referring to the new restrictions Pandora implemented in late February, which limits users with free accounts to a 40-hour-a-month listening cap because the company’s copyright licensing costs are too high to maintain. It’s a curious move, as anyone who uses Pandora often enough to reach the listening cap is obviously a dedicated user, and normally, you’d want to keep such people happy so they wouldn’t venture to other competitors.

“There’s been record growth since February, and we’ve definitely seen an uptick in users around March,” Cady told me. “At a certain point, you just have to put two and two together and realize that Pandora users are leaving [for Slacker].”

But to be fair, Pandora’s listening cap isn’t the only thing that may have boosted Slacker’s growth. Slacker rolled out a massive overhaul back in February that completely revamped the music service’s user interface. Slacker got a new blue-and-off-white color scheme, clearer navigation, greater emphasis on album artwork, and a design that keeps both desktop and mobile versions looking similar. Since then, Slacker announced yesterday that it’s  added 6 million new listeners (3.5 million joining through mobile devices alone) and tripled the number of iOS app installs. It also added over 100,000 new paid subscribers since February.

“If you look at our growth, both in new users and iOS installs, we’re really focusing on improving the mobile experience because that’s where people are coming from,” Cady said. So clearly, the service’s recent overall made a big impact, too.

And as for overall usage, the company said its audience is listening to the service 25 percent longer since February. It didn’t, however, disclose the exact number of hours those listeners are spending per session or per week, which is important when gauging how it stacks up to rival music services. (For perspective, Pandora listeners spend about 20 hours per week on the service.)

But Slacker Radio might not even need to beat its main rival on obtaining more listeners or higher listener hours. Over the past several months, Pandora has stated that music licensing costs are cannibalizing its capability to turn a profit and grow the business long-term. If Slacker can continue monetizing its free audience without adding listening hour caps (despite those same expensive music licensing costs), it may have a big advantage.

Cady said the company is able to avoid listening hour restrictions through continued paid subscriber growth and through big partnerships with automobile makers and wireless carriers that the company plans to announce later in the year. He decline to specify who those partnerships would be because the operational details are still being fleshed out.

“That’s when we’ll really see some growth in our paid subscriptions,” he said of the partnerships. That said, there’s still plenty of competition among streaming music services, which is likely to heat up going forward. Apple, Google, and Amazon are all rumored to roll out their own smart radio music services, and startups like Beats Audio’s Daisy music service (with rock legend Trent Reznor as its creative lead) are plotting a big splash in late 2013. I’m also curious to see what Microsoft has under its sleeve later this month as it unveils a next-gen Xbox, which already has its own Xbox Music-branded streaming service.