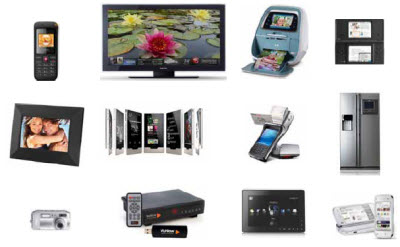 ARM is announcing today its newest microprocessor that will be the brains of smart phones and other gadgets that need fast performance and long battery life.

ARM design microprocessors that are licensed by chip makers, who customize them and put them into their gadgets where low power consumption is important. The company’s designs are used in most cell phones and have been used in 15 billion devices in the past few decades.

ARM hopes to ship another 15 billion in four years, and the new chip will be important in that quest. The new Cortex-A5 microprocessor will have better performance than ARM’s fastest ARM11 microprocessors, but it will consume less battery power than its high-volume ARM9 chips. Chip makers who license the ARM design will be able to create processors with lower costs, longer battery life, and better performance.

The Cortex-A5, which will ship as a design to licensees in the fourth quarter. The device will compete with Intel’s Atom chips, but ARM is confident its new designs will much more power efficient than Intel’s. Previously code-named Sparrow, the Cortex-A5 will fit as the lowest cost and most energy efficient processor in ARM’s line-up of 25 processors, which are used by more than 600 customers.

The Cortex-A5 is fast enough to run a laptop or notebook, said Travis Lanier, a marketing manager at ARM. The device could be used in cell phones, but all sorts of gadgets. Lanier said that they could be used in a variety of appliances, like web-connected refrigerators that can tell you what you need to buy, or smart power meters or digital picture frames.

The Cortex-A5 chips can operate at gigahertz speeds and consume as little as 80 milliwatts of power. That’s more powerful than an Intel Atom in performance, with better power efficiency. The first products based on the designs are expected to appear in 2011. ARM says it has multiple partners for the designs.