Global smartphone sales passed a quarter of a billion units for the first time ever this past quarter, and Samsung accounted for a staggering 88.4 million of them. 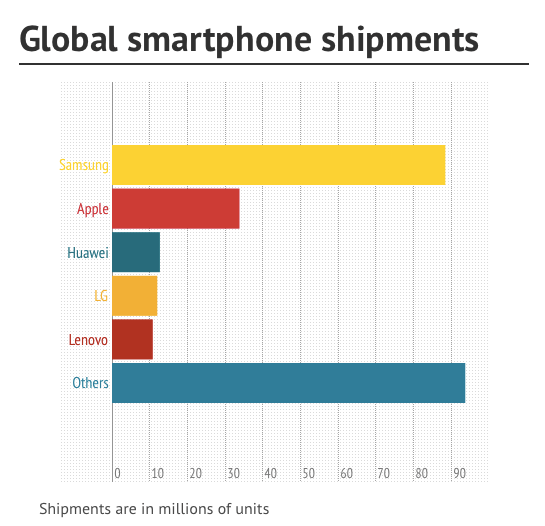 Sixty percent of all phones sold worldwide were smartphones, a new high.

While Apple grew slowly, Chinese star Huawei grew even faster than Samsung — though mostly in China, and to a lesser extent in developed markets such as Europe or the U.S.

The single largest share, however, belongs to hundreds of white-label and emerging brand phone manufacturers, who together totaled over 93 million units, indicating that there is plenty of room for regional consolidation in the global smartphone market. 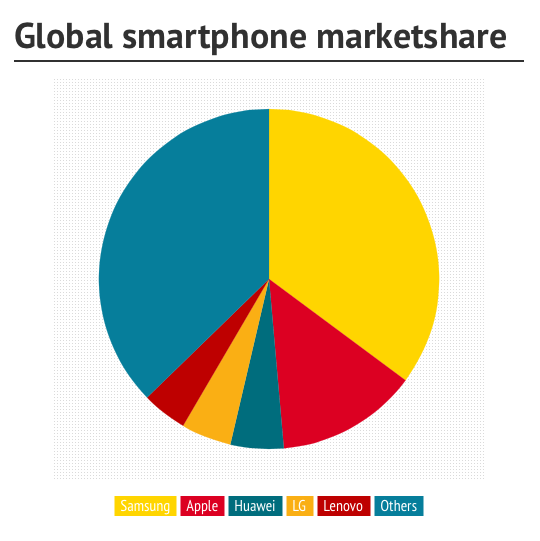 Apple just reported its quarterly earnings, with revenue of $37.5 billion on sales of 33.8 million iPhones and 14.1 million iPads. In addition, the company pulled in record annual revenue of $171 billion for fiscal 2013. However, its growth has slowed significantly as its products have failed to address the low-end and emerging markets as effectively as Android. In China, for example, consumers can get a “Red Rice” smartphone from Xiamomi for just $130, compared to Apple’s iPhone 5C at $549.

Still, there is both hope and growth ahead for Apple, according to Mawston:

“Apple’s global smartphone marketshare has dipped noticeably from 16 percent to 13 percent during the past year. Nonetheless, we expect Apple to rebound sharply and regain share in the upcoming fourth quarter of 2013 due to high demand for its new iPhone 5s model.”