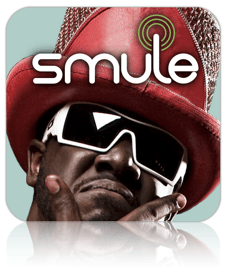 Smule is the company behind the I am T-Pain autotune app, Ocarina, a very early hit on the iPhone, Glee Karaoke, and many more.

“This gives us some confidence we should put our foot on the gas,” Smule co-founder and chief executive officer Jeff Smith told VentureBeat. Smith said the money will go towards a rapid push to expand its team with more engineers, more product and creative teams, more marketing managers and more business analysts.

In a release issued along with today’s announcement, Smith said that Smule’s board and executive team will be taking more “aggressive steps to dominate the burgeoning market for mobile social music.”

Smule’s free-to-play Magic Piano app has been downloaded to more than 5 million iOS devices, and more than 200 million songs created on Smule products have been shared on the Smule Sonic Network.

“If we saw opportunities to accelerate inorganically, we would pursue that as well,” said Smith,  meaning the company might grow by acquisition, if necessary, though he added that the company did not have any buyout plans in its immediate future.

The music industry is a $65 billion annual pie, and Smith is confident that his young company has what it takes to shift the existing paradigm from the passive consumption of a static product, and one that is controlled by professionals, to one that is interactive, and democratic.

Founded in 2008, the latest round of investment brings Smule’s total funding up to $25.7, according to VentureBeat Profiles. Bessemer Venture Partners, Granite Ventures, Shasta Ventures, and Floodgate. The current round of funding was led by Shasta Ventures.