Snap today announced that more than 100 million users have played Snapchat games since the April 2019 launch. With that success, the mobile chat company is doubling down on its game platform, announcing a new collaboration with Zynga and a bunch of Snap-created and third-party games.

“I think we’re really excited about Snap Games because it just lowers a lot of friction,” William Wu, head of Snap Games, said in an interview with GamesBeat. “For game developers, it’s really hard to get a group of friends to install a game, create accounts, and link up in a game and then play. We’ve been focused on the core experience of making it seamless. And we’re seeing exciting early results.”

Wu said that Snapchatters play on average 20 minutes a day in titles like Bitmoji Party. 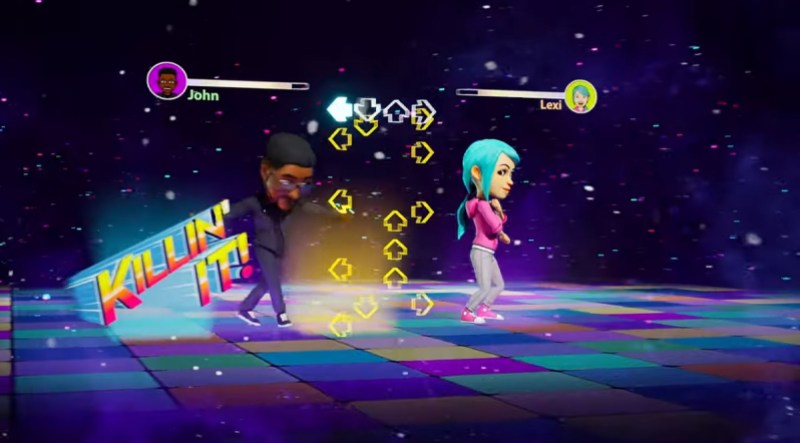 Above: Snap has more than 100 million users playing its games.

“That number of 100 million players is one that any gaming platform strives to achieve towards, and doing it in less than a year is pretty amazing,” Bernard Kim, president of publishing at Zynga, said in an interview. “Our latest game Bumped Out is designed to make it super easy to connect and play in a really casual manner.”

The game uses Snap’s Bitmoji avatars that Snapchatters already use in their other chat activities.

Snap Games was introduced as a new way for friends to play games on mobile, featuring first- and third-party games. In Snap’s own title, Bitmoji Party, an average player plays 20 minutes every day. In addition, more than 25 million unique Snapchatters played Mojiworks’ Ready, Chef, Go! in its first six months of launch, and Snapchatters who played with friends played twice as long as solo players. Wu said that the games are monetizing through six-second advertisements that play at the start of the game.

Building on this momentum, Snap has announced a new slate of first- and third-party games from new and existing partners:

● Bitmoji Paint (Snap Games Studio) — Bitmoji Paint is a canvas, where millions of players come together simultaneously to contribute to one massive collage. Snapchatters can travel the globe virtually and team up with friends to create simple scribbles, fun messages, or even giant landscapes in Bitmoji Paint.
● Bumped Out (Zynga) — Bumped Out pits players against each other in short sessions where they control customizable vehicles and attempt to bump their friends off an ever-shrinking island.
● Friend Quizzes (Game Closure) — How well do your friends know you? Share quizzes and discover who gets the highest scores.
● Nordeus — Snapchatters can become a soccer champion in this game.
● Quiz Party (Mojiworks) — Test your knowledge across all kinds of categories against friends.
● Ready Set Golf (PikPok) — In this mini-golf game for Snapchat, players use their wits, reflexes, and luck to sink the ball in the hole first.
● Sling Racers (Madbox) — Swing, tap to hook, and make jumps in this real-time multiplayer game.
● Snow Time (Funday Factory) — Hit the slopes with your Bitmoji as you snowboard past your friends.
● Super Snappy Bowling (NOWWA) — In this first real-time, multiplayer bowling game for Snapchat, players compete in different arenas to become the best bowler in the world.
● Voodoo — Mobile games publisher Voodoo and Snap are teaming up to bring hypercasual games to friends on Snapchat. 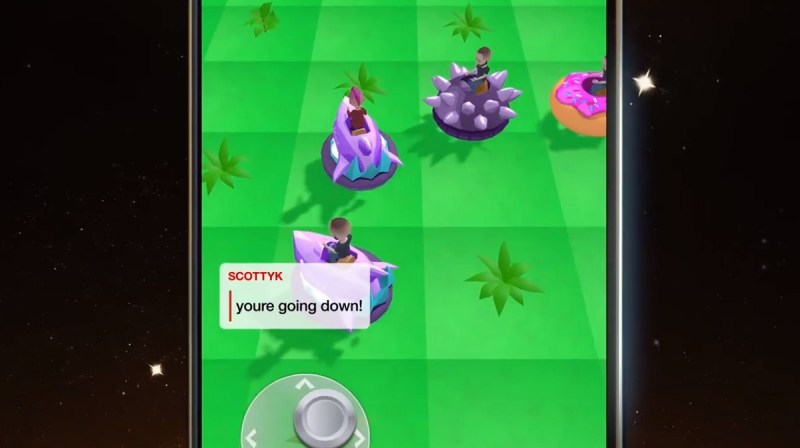 Above: Snap and Zynga are teaming up on games like Bumped Out.

Snap said that Bitmoji for Games brings the player’s 3D Bitmoji avatar to third-party games. Snap acquired Bitmoji in 2016. With Bitmoji for Games, gamers play as their Bitmoji in various titles and genres on any platform, including mobile, PC, and console, all to create a more personal and social experience.

John Imah, head of game partnerships at Snap, said in an interview with GamesBeat that Snapchatters have embraced the Bitmoji avatars and that they pull users into games in a seamless way. Snap created a Bitmoji-based game called Emoji Part that lets friends compete in quick minigames. Then it opened up the Bitmoji avatars to third-party game makers so they could help spread the Bitmojis.

“This was a great early signal for us that developers see the value in putting Bitmoji in their games,” Imah said. “And so now, developers can personalize the player experience with emojis for games. Gamers will be able to play as their Bitmoji in various titles and genres on any platform, including mobile, PC, and console.”

Snap announced seven new games that use the Bitmoji avatars: