The Copenhagen-based Sybo designed Subway Surfers for Snapchat’s real-time multiplayer gaming platform, Snap Games. It is a sidescrolling multiplayer racing game that lets up to 10 players surf, slide, grind, and glide across a 2D cityscape.

The multiplayer games on Snap Games may not look like much compared to console games or even other high-end mobile offerings. But they could have a broad reach considering Snapchat reaches 90% of all 13-to-24-year-olds in the U.S.

Players can jump into a race instantly with “quick play” mode or compete in the “challenge friends” option. Players collect coins with big air, perfect landings, rail grinds, and top poll positions and can unlock up to 14 Subway Surfer characters in a charming new mini-figure style. 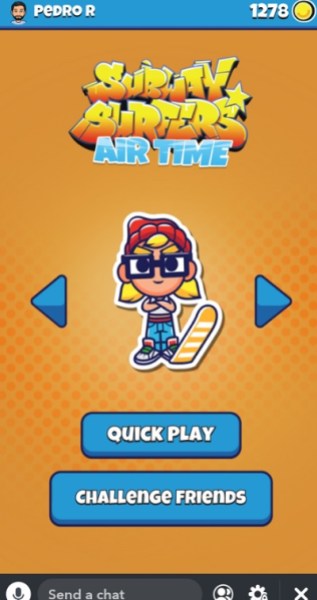 “We’re thrilled to expand the Subway Surfers franchise and partner with Snap Games on this exclusive release,” said Mathias Gredal Nørvig, Sybo Games CEO, in a statement. “It’s a win-win to work with a like-minded company that is committed to fun and offer our fans on Snapchat an opportunity to extend the SubSurf lifestyle.”

Subway Surfers Airtime is among the first games available on the Snap Games platform and lets users play with friends in real time. In Snapchat, players open a Chat or Group Chat with friends and tap the rocket icon in the chat bar to launch Snap Games. 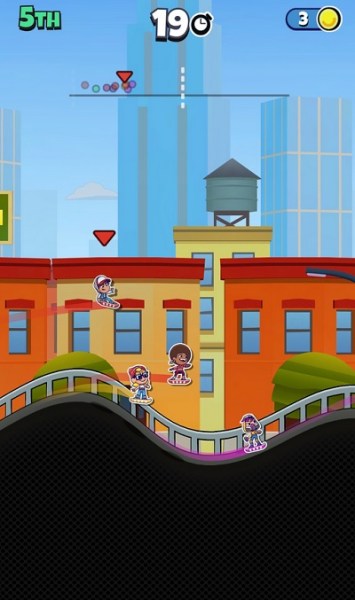 “Snap Games is mobile games made for friends, so it’s exciting that Sybo has developed its first franchise extension of Subway Surfers for our platform,” said Will Wu, the head of Snap Games, in a statement. “We can’t wait to see how our community embraces this new way to connect and play with their friends through the familiar world of Subway Surfers.”

Created by the Danish gaming companies Sybo and Kiloo, Subway Surfers has more than 2.5 billion downloads. Snap Games is built on the PlayCanvas game engine. Snap Games launched in April and features a curated selection of original and third-party titles.