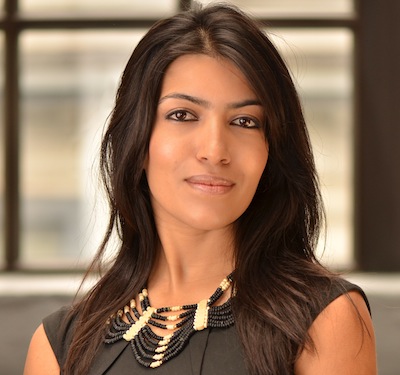 Muhammed Yunus, a 2006 Nobel Peace Prize winner and founder of Grameen Bank, sparked a movement with the simple question: “If you are a socially conscious person, why don’t you run your business in a way that will help achieve social objectives?”

Today’s young tech entrepreneurs have inherited Yunus’ vision, and are changing the way we do business. Their space, “social business,” is nothing new, but these under-35s are attempting to alleviate global poverty, climate change, and even armed conflict through commercial enterprise.

There is no clear-cut definition, but most social entrepreneurs would agree that their overarching goal is to use business and business process to drive social or environmental impact.

“There is a growing group in Silicon Valley that believes that social business and technology can change the world,” said Leila Janah. Janah, at 29 years old, is the founder of Samasource, which provides outsourced computer work to women and youth in the poorest pockets of the world, including India, Kenya, and Pakistan.

Impact investors, once a niche group, say they are now inundated by opportunities in this space.

“I was doing this in the mid to late 90s and I felt very lonely in that pursuit. There wasn’t even a language for social or mission investment,” recalled Stephen DeBerry, founder of Bronze Investments and partner at Kapor Capital. “But for young entrepreneurs today, it’s considered the right thing to do and is viewed as being cool.”

To illustrate the “straightforward business proposition,” DeBerry delves into a discussion about his firms’ energy efficiency strategy. In New York, schools are literally dripping mercury on children, he explains, with hazardous florescent lights from the 70s and 80s. “We pay to upgrade your lighting and make the money back over time as you realize the savings on your energy bill,” said DeBerry. Someone has to change these light bulbs, which in itself is a job creator, and there is no shortage of buildings. “We could do this for a long time,” he said.

Nick Flores is a recent Stanford Graduate School of Business alumni who sources early-stage social businesses for the Investors’ Circle, a network of angel investors and venture capitalists that uses private capital to promote a transition to a sustainable economy.

Flores, the Director of Investor and Entrepreneur Services, said there should ideally be a “yin and yang” between social and financial returns. It is Flores’ job to locate small businesses that are capable of making a real impact in the world, and prepare them for a pitch at the firms’ biannual fairs. Investors’ Circle’s greatest success to date? “Zipcar reduces carbon emissions and has a really scalable business model,” he said.

After a series of successful acquisitions by Amazon and Motorola, Danny Shader, a serial entrepreneur, approached DeBerry with an idea for a payment system for virtual goods. DeBerry suggested that Shader focus on an under-served market, America’s low-income “unbanked” population. One in four households don’t use credit cards, and are locked out of electronic commerce as a result.

Shader founded PayNearMe, a Mountain View-based startup, in 2009. Although the company is profitable, it has a social mission at its core: enabling millions of people to pay for online goods and services with cash.

“I’d like to take some credit for mentoring him, but not all the credit,” said DeBerry of Shader. “Danny is a smart guy, and I pointed him in the right direction. He saw there was a huge market there.”

Zipcar and PayNearMe, which DeBerry terms “profit-aligned social businesses,” have caught the attention of the tech community.

“There was a great hubris in Silicon Valley to create huge, billion dollar companies, but that’s changing,” said Janah. The Harvard-educated entrepreneur owes the success of her nonprofit to traditional tech companies like LinkedIn and Intuit. These clients immediately saw the value in Samasource: They need people to sort through mountains of data, and there are bright, young, employed Kenyans who are more than capable of doing the work. “It’s really a no-brainer,” she said.

On the other end of the spectrum, social investors are taking on some of the world’s most complex problems. One example is The Portland Trust, a non-profit with a mission to promote peace between Israelis and Palestinians through economic development and fostering entrepreneurship. The Trust is in the process of establishing a Social Investment Task Force to reduce the social gaps in Israel through the private sector.

“What we’re seeing now is a movement of both investors and entrepreneurs to the massive spectrum of opportunity in between the charitable NGO’s and purely for-profit companies that solely care about their bottom line,” explained Ophir Samson, project manager at the Portland Trust.

Samson, an exceptionally articulate 20-something, said social investment is not fully developed but it is “getting there and is growing extremely fast. There’s a lot of money and talent from all sides of the market going into this.”

The movement has had its ups and downs; perhaps the most prevailing problem is that there is no unit to measure impact. Generally speaking, it also costs more to do the right thing. Social investment is not about making fast cash. It is often a slow-burning, high-risk process that will not make entrepreneurs millions overnight.

With 50,000 visitors to its website per day (higher than any other nonprofit with the exception of Wikipedia), Kiva is often cited as the premier success story in this space. Kiva’s President, Premel Shah, recently recognized as a young global leader by the World Economic Forum, said social investment involved “being more cognizant of how you consume and how you invest.”

Kiva offers loans to institutions in far afield countries, including Palestine and Yemen, but also provides funding for small businesses in U.S. cities like Oakland. “These are places where there’s not a lot of commercial investment because the risk profile is too high. This is exactly where a social investor can step in and be a little bit more patient with their capital,” Shah explained.

One such investor is Reid Hoffman, co-founder of LinkedIn, who will soon announce plans to invest $1 million in small businesses through Kiva’s lending platform. “Kiva’s innovative use of technology as a tool for crowd funding empowers everyday people, companies and major lenders to be social investors,” said Hoffman.

Yunus had the seeds of the idea for the Grameen Bank in the 70s, but it’s our young generation, then in diapers, that is realizing the full potential of his vision. Thanks to their efforts, social enterprise is flourishing, and even the most traditional investors and entrepreneurs are on board.

As VentureBeat’s own Ciara Byrne put it: “What’s cooler than a million dollars? Changing a million lives.” 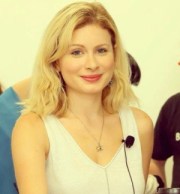