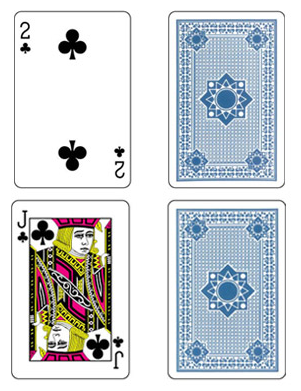 Rumors circulated earlier today that leading social game company Zynga could have an initial public offering within 18 months. Here’s what chief executive Mark Pincus says in response: “Zynga is a young company focused on building great social games and creating a sustainable long term service business. IPO is not our goal nor our focus.”

Along with rivals like Playfish, SGN and Playdom, Zynga has a network of games that in total get tens of millions of visitors each month and makes millions of dollars through virtual goods. Among those companies, though, Zynga has been rumored to be by far the most profitable, on track to make more than $100 million this year. From what I’ve heard, the other rivals aren’t making half this much now. Here’s how Business Insider first reported the rumor: “So when a Silicon Valley executive who interviewed for Zynga’s open COO seat told us he thinks the startup could IPO in the next 18 months, we believed it.”

However, Business Insider also has a negative source on Zynga’s prospects. The source raises points that are hard for Zynga to confront given it is a private company. Exposing its financials and strategic plan will help competitors copy or spot weaknesses they wouldn’t otherwise see. Here’s a brief look at the issues, and some thoughts on them.

Zynga spends millions per month advertising for its games, and it has more than 250 employees; The source concludes it barely makes a profit even on its revenues. That’s possible, but as I’ve covered, it is advertising its games with ad networks like RockYou’s, for the same reason that everyone else advertises. The cost of advertisements are more than paid for by revenue — in this case through virtual goods in Zynga games like Texas Hold ‘Em. In terms of employee count and cost, it is a startup — startups try to maximize growth over profit because they are trying to become big businesses.

The second issue is how Zynga makes its money. Is the company, along other social game developers, at risk for allowing what amounts to illegal gambling in its applications? Some legal experts think the company is in the clear, some don’t. The answers are not clear; I covered the gambling issues in more detail earlier.

The third issue is long-term value: The article suggests Zynga hasn’t built “intellectual property” — that’s not quite accurate. Like its rivals, it has been developing a system for making hits. That system is the IP. Among other things, this includes metrics for analyzing user behavior and monetization. Another is cross-promotion. Its massive size allows it to cross-promote its games on applications. A toolbar at the top of Texas Hold ‘Em, for example, will show an ad for its virtual world app, YoVille.

The fourth issue is retention: The churn rate is massive, reports Business Insider. That may be true, but most games lose popularity after awhile — including, of course, for publicly-traded gaming companies like EA. Again, the IP here is knowing how to consistently make hits.

So, certainly, there are a lot of unanswered questions about Zynga right now. It’s in the spotlight because of how much money it’s making, and I’d expect rumors about the company to keep popping up as a result.