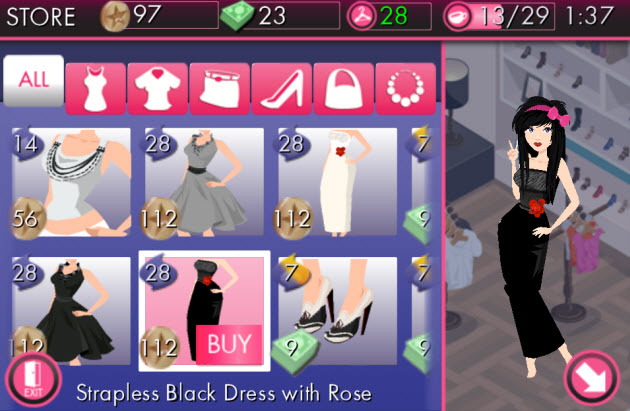 Already a big player in Facebook games, social game maker CrowdStar is expanding into mobile today with the launch of an iPhone game called Top Girl.

The title is the first one built by CrowdStar’s new mobile game studio, headed by Blair Hamilton. It is also the first one fueled by the company recent $23 million infusion of venture money. As such, the game is a big strategic move by CrowdStar, which was once ranked second only to Zynga on Facebook but is now No. 8 with 24 million monthly active users. If it succeeds, CrowdStar can grab an important foothold in smartphone and tablet games, which are some of the fastest-growing segments in gaming.

“To me, the mobile game market is reminiscent of Facebook in 2008, when there was no dominant company and the market was picking up speed,” said Peter Relan, chief executive of CrowdStar, in an interview. “It’s a very different battle, and we think we are up for it.”

Zynga recently launched its own mobile games, CityVille Hometown and Hanging With Friends, as it also pushes in the smartphone and tablet markets. Big game companies such as Electronic Arts also have a big stake in the mobile market. 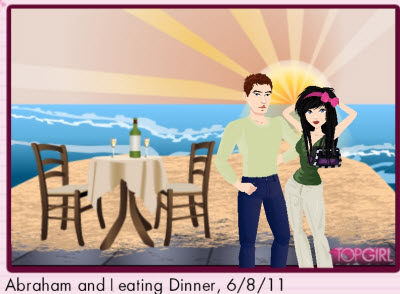 The title is aimed at the same female demographic that CrowdStar attracts with its most successful Facebook game, It Girl. But Top Girl is focused on a unique mobile experience, Hamilton said. And it targets the under-served market of young women who enjoy playing social mobile role-playing games.

In the game, players try to climb the social ladder of fashion by becoming “mobile models.” They can earn currency via modeling jobs that they can use to buy clothes. They can wear the clothes and get into the best clubs. Once inside, they can then find the hottest guys, talk to them, kiss them and win them over as boyfriends. The monetization kicks in when boyfriend and girlfriend start giving each other gifts.

That may not sound like riveting stuff to most male gamers, but it is squarely targeted at women ages 18 to 35 and appeals to those with an interest in fashion, modeling and dating, said Relan.

Relan said that most of the top ranks of mobile games are dominated by simulation titles for men or revolve around collecting resources, like in farming games. But role-playing games for females are pretty scarce, even though women make up almost 50 percent of mobile social gamers, Hamilton said. She said the game focuses on shopping, modeling and relationships. The game does not have “showdowns” and “rivals” as It Girl has. Rather, Hamilton said it’s more about “you and your career.”

The game is a free-to-play native iPhone title. Users can download it for free on the iPhone or iPad and then pay real money for virtual goods in the game. The title is not connected to It Girl and so is a new brand that targets women who want to play out a fantasy modeling career. It does not use Facebook Connect for social connectivity. Rather, it uses the social mobile network of CrowdStar’s one-time sister company, OpenFeint, which was recently acquired by Gree.

CrowdStar recently raised a round of funding from Intel Capital and Time Warner. Top Girl is live in the Apple App Store today. CrowdStar has launched mobile games before in the mobile market. Those games, based on its Happy Aquarium title, were for feature phones and have pretty much run their course. CrowdStar will likely do an Android version of the new game as well.