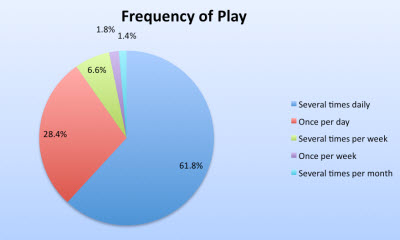 A small but engaged group of Facebook users known as “social game whales” are proving to be big spenders on the social network, according to a new survey.

The new report shows that about 10 percent of social game players actually spend money in Facebook games, according to a study of 2,000 people who were surveyed by Inside Network. The report was co-authored by Inside Network founder Justin Smith and Virtual Goods Summit organizer Charles Hudson. About 61.8 percent of Facebook players play social games several times a day. That’s an indicator of strong engagement, even though each game session is only minutes long.

The so-called whales in the report constitute about 2 percent of the social gaming audience. They’re the ones who are willing to spend $25 or more per month on social games, and they generate most of the revenue for social game publishers.

“It’s clear that people either spend a lot of money or spend nothing,” said Smith, in an interview.

Most surveys of social games have been conducted by payment industry vendors. But this independent report shows that there are small groups of dedicated gamers on Facebook. The data shows that Facebook gamers play with friends about 55.5 percent of the time, about 9.6 percent play with coworkers, and 15.4 percent play with classmates. Only 19.5 percent play with strangers, and that shows the value of social networks, Smith said. About 84 percent of gamers who pay more than $25 a month will play only one game. All of those numbers show that the social gamers are quite engaged in their habit, Smith said.

“That’s a powerful business dynamic for the game publishers who want to build dedicated audiences,” he said.

The data also shows there are a lot of differences in habits from game to game and region to region. The EA Playfish game Pet Society, for instance, has a larger than normal number of women playing. Meanwhile, there are a surprising number of men playing Zynga’s FarmVille.

“If 2009 is remembered as the year that casual gaming stormed social platforms, 2010 is quickly becoming the year that the industry started to mature,” Smith said. 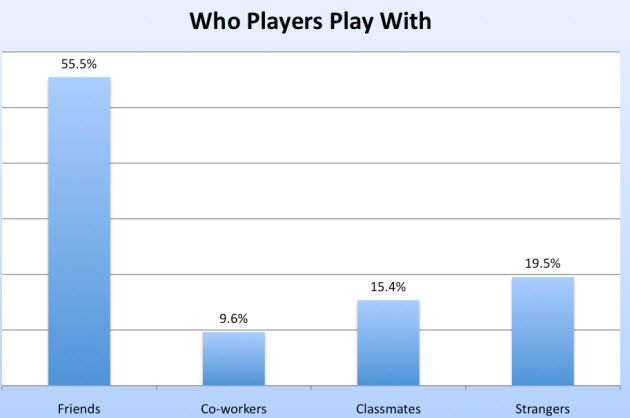 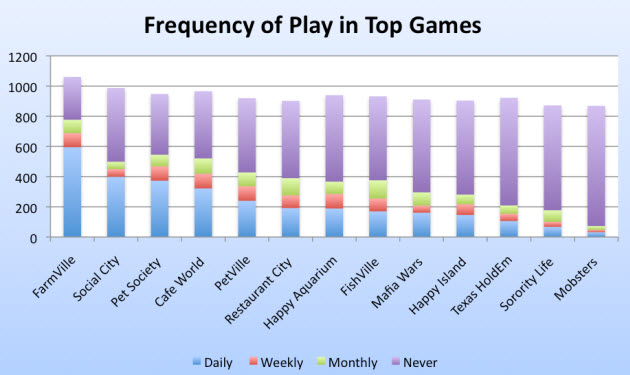 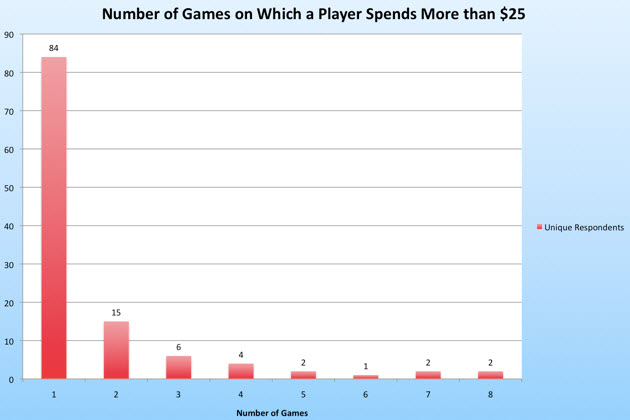